HomeEntertainmentCinemaSooraj Barjatya Moves Away From Family Dramas With ‘Uunchai’

Sooraj Barjatya Moves Away From Family Dramas With ‘Uunchai’ 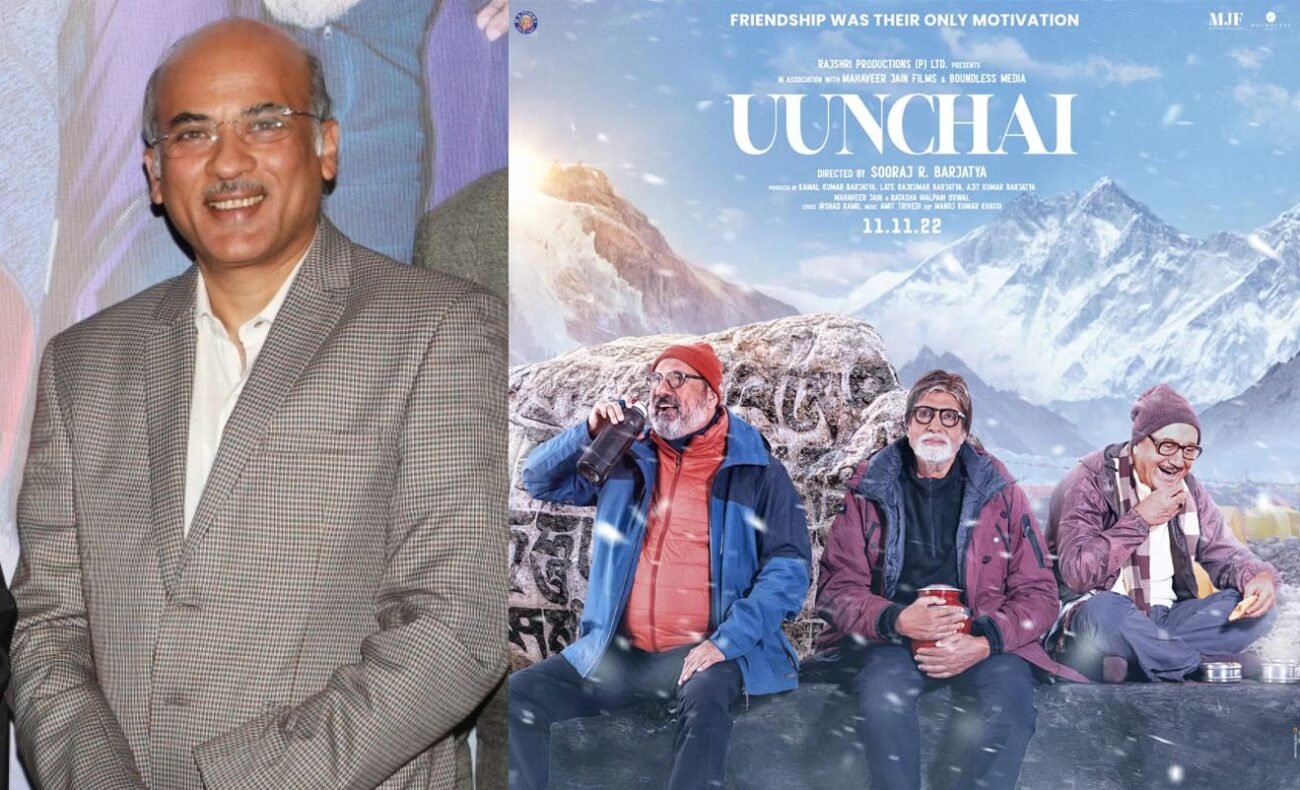 Sooraj Barjatya Moves Away From Family Dramas With ‘Uunchai’

MUMBAI, (IANS) – The trailer of the upcoming film ‘Uunchai’ was unveiled on October 19. The trailer packs in a surprise in terms of the genre from director Sooraj Barjatya, who is otherwise known for telling stories with the backdrop of family drama.

The trailer of ‘Uunchai’ presents the story of four friends in their old age. It features the characters played by Amitabh Bachchan, Anupam Kher, Boman Irani and Danny Denzongpa, who are longtime friends. The trailer establishes Danny’s wish to take his friends to the Everest Base Camp, wanting to relive his childhood with his friends.

But disaster strikes when Danny’s character passes away because of old age. After this, the three friends decide to take the trek in his memory. Parineeti Chopra plays the character of a trek guide and explains the difficulties of the trek but unsure of the group of friends’ possibility of completing the trek.

The film also stars actress Neena Gupta and Sarika. ‘Uunchai’ is Sooraj Barjatya’s 7th film as a director, who is known for larger-than-life sets, costume dramas and musicals. But this time he has chosen a different mood and settings with ‘Uunchai’.

Shot at 17000 plus feet above sea level, with a senior star cast, and produced by Rajshri Productions in association with Mahaveer Jain Films and Boundless Media, ‘Uunchai’ is set to arrive in theatres on November 11.