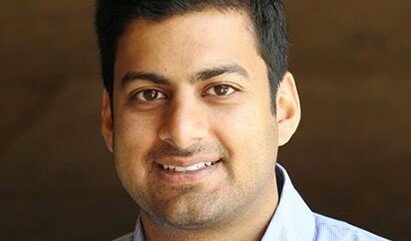 Prof. Ansuman Satpathy of Stanford was among the researchers named to the latest Pew-Stewart Scholars Program for Cancer Research. (pewtrusts.org photo)

The Pew Charitable Trusts and the Alexander and Margaret Stewart Trust recently announced its 2021 class of the Pew-Stewart Scholars Program for Cancer Research, among them Indian American professor Ansuman Satpathy.

Satpathy, of Stanford University, will investigate the genetic mechanisms of T-cell exhaustion, a phenomenon that arises with chronic immune stimulation during infections and cancers.

The Satpathy lab will investigate the genetic mechanisms of T-cell exhaustion, a phenomenon that arises with chronic immune stimulation during infections and cancers. Cancer immunotherapies work by enhancing the ability of immune cells called T-cells to recognize and destroy tumor cells.

However, this form of treatment is not effective in all patients or cancer types since the action of T-cells are not always sustained. To learn how T-cells become “exhausted,” his lab will employ a suite of genome-based technologies to map genetic changes in tumor-specific T-cells from over 100 patients across different cancer types and identify regulatory factors that control T-cell behavior during tumor growth, metastasis, and treatment, the bio notes.

In addition, it will also experiment with gene-editing technologies as a way to control and reverse T-cell exhaustion. These investigations will help uncover new pathways that contribute to the deterioration of T-cell function in immunotherapy and guide the development of improved approaches to achieve longer and more effective responses for patients suffering from cancer, it said.

Satpathy is an assistant professor in the Department of Pathology at Stanford University School of Medicine. According to his bio, he is a member of the Stanford Cancer Institute, the Parker Institute for Cancer Immunotherapy, the Immunology, Cancer Biology, and Biomedical Informatics Programs, Bio-X, and a faculty fellow in ChEM-H.

Satpathy completed an M.D. and Ph.D. in immunology at Washington University in St. Louis, clinical residency in pathology at Stanford Hospital and Clinics, and postdoctoral training in genetics at Stanford University. His research group focuses on developing and applying genome-scale technologies to study fundamental properties of the immune system in health, infection, and cancer.

The five early-career scholars who comprise the 2021 class will each receive a four-year grant to advance cutting-edge research into the development, diagnosis, and treatment of cancer.

This is the eighth year that the Alexander and Margaret Stewart Trust has partnered with Pew to support researchers as they investigate breakthroughs to advance treatments and cures for the complex disease, the release said.

“Cancer remains one of the world’s greatest health challenges, requiring new perspectives and ongoing exploration,” said Susan K. Urahn, Pew’s president and CEO. “Pew is proud to support these promising researchers as they take on new strategies to uncover a cure.”

Members of the 2021 class will spearhead specific cancer-related investigations, including computational methods to predict a patient’s response to immunotherapy, regulatory factors that influence cancer gene expression, and the mechanism of disease relapse in acute myeloid leukemia, the release said.

“With great ingenuity, these new scholars offer diverse approaches that will help affect our understanding of cancer and advance prevention and treatment,” said Peter M. Howley, M.D., chair of the Pew-Stewart national advisory committee. “I am confident that they will bring us closer to a cancer-free world.”