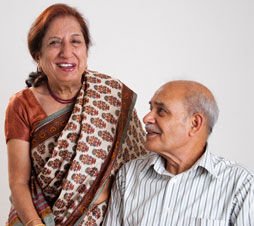 San Jose, California-based organization Sukham announced June 20 that it is partnering with the Alzheimer’s Association to bring awareness about dementia-related care and support to the Indian American community.

Mukund Acharya, Indian American president of Sukham, said in a press statement announcing the collaboration: “The needs of South Asian families in this area are growing steadily and will only increase in the coming years. Sukham aims to support our community in a meaningful and culturally sensitive way by providing targeted educational programs and materials, as well as access to support groups with other members of the community with similar challenges.”

“We expect to announce the launch of our first program in the coming weeks,” he said.

While little data is available for the prevalence of Alzheimer’s and dementia among the Indian American community, about 8.4 percent of Asian Americans suffer from these illnesses. In India, an estimated four million people live with Alzheimer’s or dementia, according to the Alzheimer’s Association of India.

Sukham is a volunteer non-profit organization working to promote the practice of living and aging well while preparing for life’s transitions. The organization promotes culturally sensitive care for chronic or advanced illness in the family and friends circle.

The two organizations have entered into a two-year collaboration to address the cultural barriers and impediments that South Asians face in dealing with and accessing dementia-related care and support, with an emphasis on volunteer-powered, dementia-specific community education.

They will conduct outreach to the South Asian community beginning in the second half of 2021, by using focus groups and community forums to assess and better understand the needs and lived experiences of those in the community living with dementia and underlying illnesses.

That information will then be utilized to develop targeted educational materials, conduct informational seminars and workshops, and develop support groups and 24-hour hotlines both for patients living with early-stage illnesses such as Alzheimer’s, and for the families and caregivers of dementia patients.

“One of our highest priorities is to eliminate barriers to access,” said Edie Yau, director of Diversity, Equity and Inclusion at the Alzheimer’s Association.

“Working with community organizations like Sukham is a very effective way for us to understand the specific needs of different cultural and ethnic groups in our society, and provide them with the best tools and materials possible to deal with the growing crisis of dementia related illnesses in the U.S.,” said Yau in a press statement announcing the collaboration.