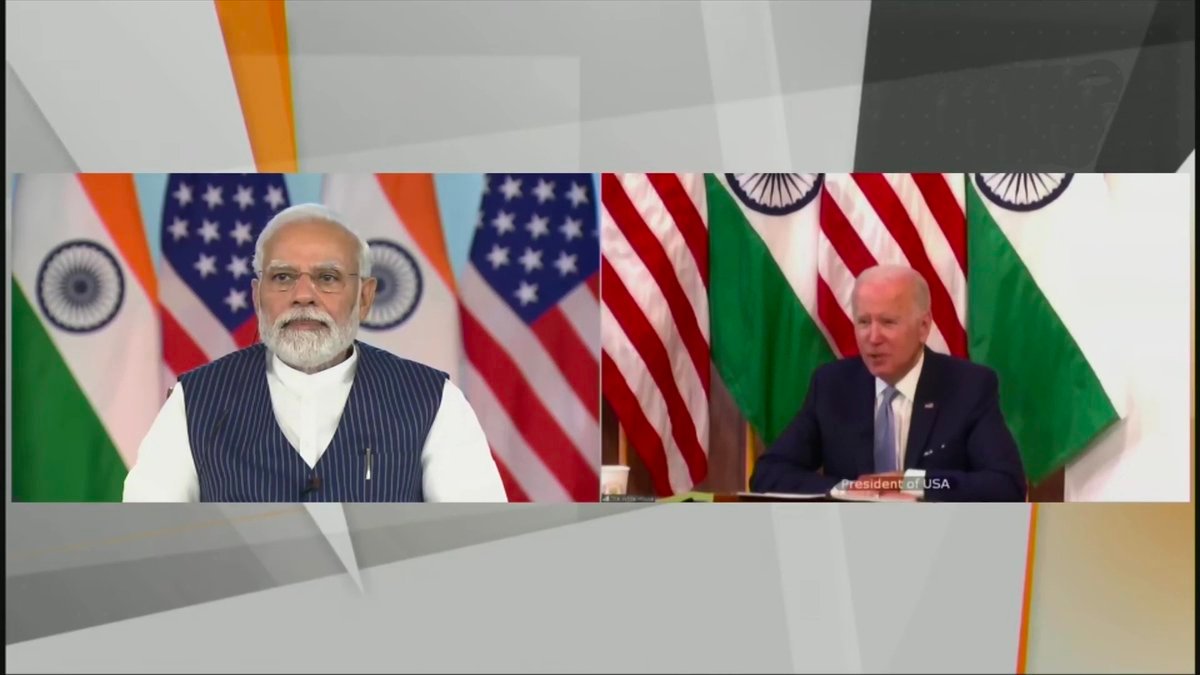 “I want to welcome India’s humanitarian support for the people of Ukraine, who are suffering a horrific assault, including a tragic shelling in a train station last week that killed dozens of innocent children and women and civilians attempting to flee the violence,” Biden said.

“I have spoken with Presidents of both Ukraine and Russia over the telephone, several times. I not only appealed to them for peace but also suggested President Putin hold direct talks with the Ukrainian President,” he said. Modi has had phone conversations with Russian President Vladimir Putin on February 24, March 2 and March 7. Russian Foreign Minister Sergey Lavrov was also in New Delhi recently. He has also spoken to Ukrainian President Volodymyr Zelenskyy twice.

President Biden last spoke to Modi along with other Quad leaders during a virtual meeting in March. Unlike the other countries in the group, India has not condemned Russia aggression in Ukraine.

The virtual meeting came in the midst of concerns in Washington over India’s position on Ukraine and it decision to procure discounted Russian oil.

Significantly Biden also referred to the strong and growing defense partnership between India and the US. In Washington, India’s reluctance to condemn Russia is understood to also relate to the defense dependence on the latter.

He said at the root of the bilateral partnership is a deep connection between “our people, ties of the family of friendship and of shared values”.

The two leaders will meet on May 24 in Japan at the next Quad meeting.