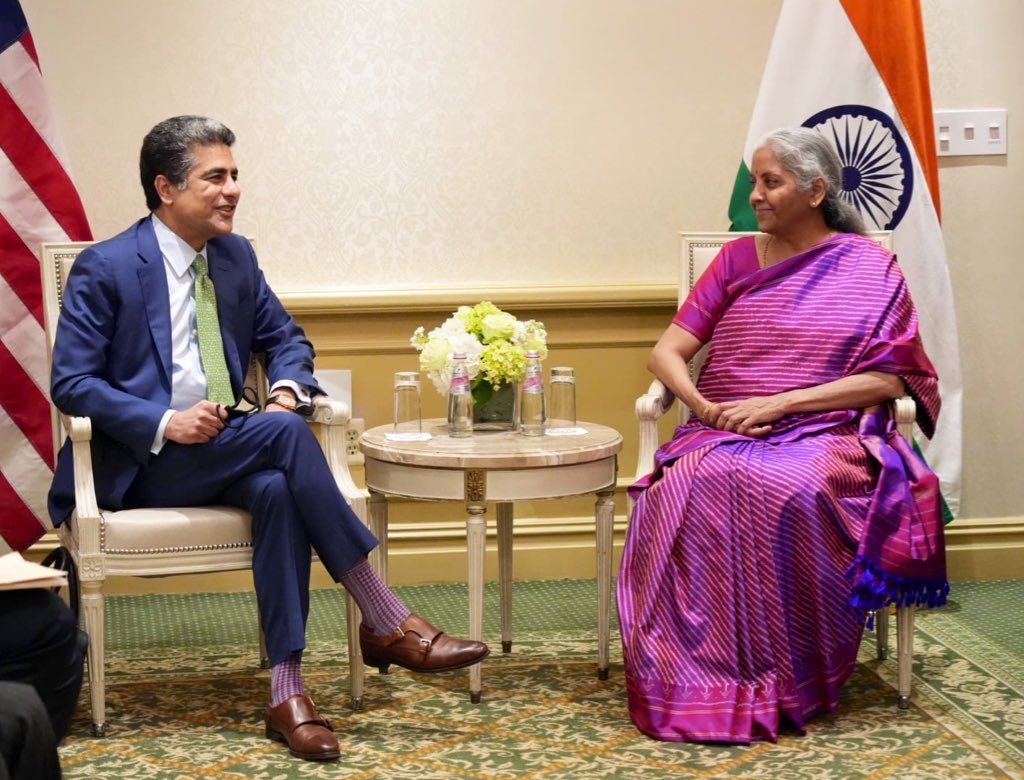 India-West News Desk
WASHINGTON, DC – India’s Finance Minister Nirmala Sitharaman continued her bilateral meetings on the sidelines of the Spring Meetings with counterparts from around the world and corporate leaders.
She met Raj Subramanian, the President and incoming CEO of FedEx. Subramanian told the minister “he is positive on India & has significant expansion plans, including in skilling.” 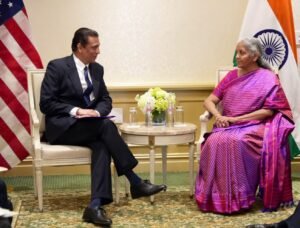 Puneet Rajan, Global CEO of Deloitte’ in his meeting with the minister said the company was expanding its India operations to smaller cities like Coimbatore and Bhubaneswar. Besides, he said, it has developed tools to improve the access of rural poor to health facilities and also committed for climate action in India.