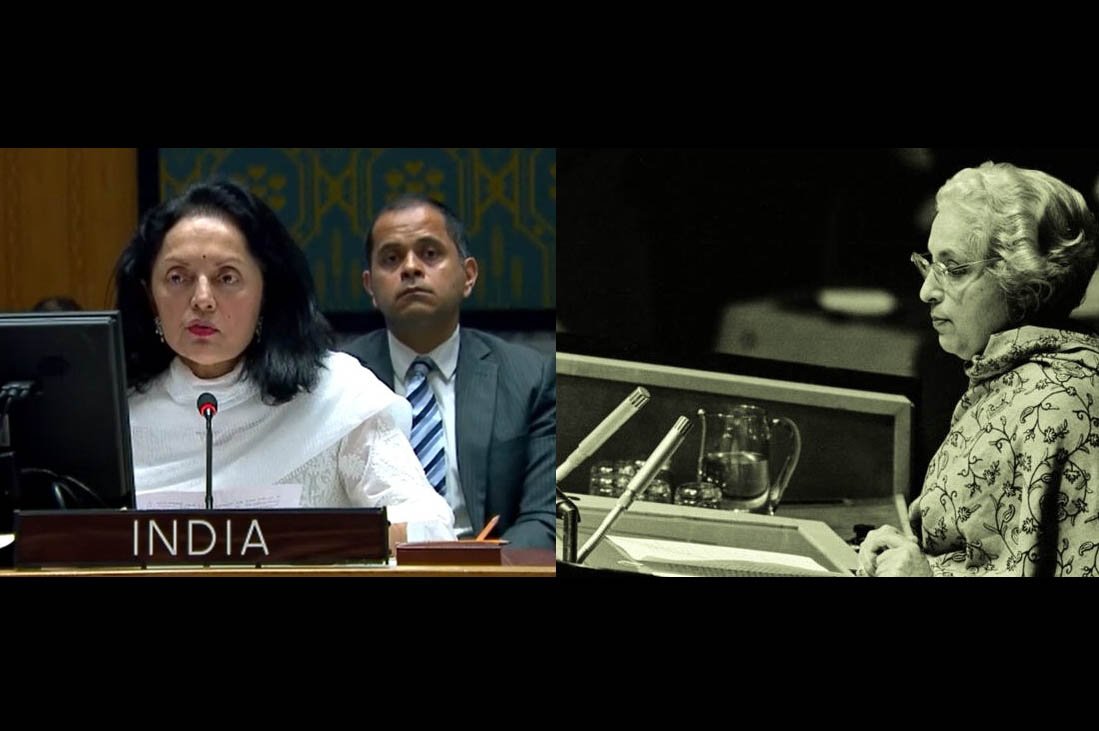 NEW YORK, NY (IANS) – When Ruchira Kamboj took the gavel on December 1 at the Security Council, she was following in the footsteps of an illustrious Indian woman, Vijaya Lakshmi Pandit who assumed leadership of a major UN body 69 years ago.

“To the girls out there, we all can make it,” Kamboj tweeted when she took over as the first Indian woman Permanent Representative of India to the UN in August signaling how she is a role model.

In the nearly seven decades between Pandit and Kamboj, Indian women have held top diplomatic positions.

At the Security Council, Kamboj is the chair of its high-profile Counter-Terrorism Committee and organized in India a rare special session outside the headquarters to bring home the dangers of international terrorism.

Before her UN assignment, she was the Ambassador to Bhutan, an important position because of its special relationship with India.

Her senior diplomatic assignments include Permanent Representative to the UNESCO in Paris, high commissioner in South Africa and chief of protocol.

Outside the External Affairs Ministry, she did a stint as the deputy head of the Office of the Secretary-General at the Commonwealth Secretariat in London.

Currently at the 15-member Security Council, four women serve with her — Lana Zaki Nuseibeh of the United Arab Emirates, Linda Thomas-Greenfield of the US, Barbara Woodward of the UK and Mona Juul of Norway.