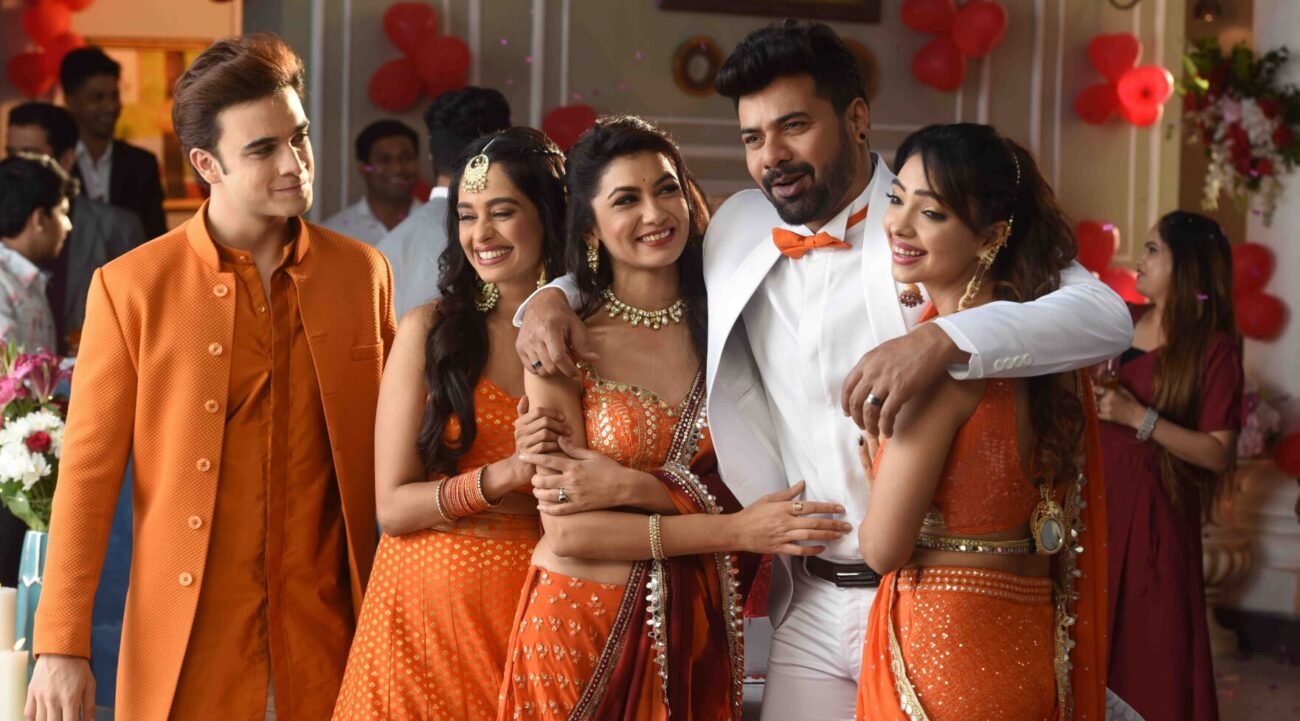 MUMBAI — Zee TV’s popular primetime drama “Kumkum Bhagya” has been ruling audiences’ hearts since its launch in 2014. Produced by TV czarina Ekta Kapoor and featuring seasoned actors like Shabir Ahluwalia (as Abhi), Sriti Jha (as Pragya) along with Krishna Kaul (as Ranbir) and Mugdha Chapekar (as Prachi), this family drama explores and brings to life a whole range of emotions as well as the deepest intricacies of human relationships.

The chemistry between its lead couples – Abhi-Pragya and the Next-Gen Prachi-Ranbir – and its intriguing plot full of twists, turns and surprises have kept the viewers hooked every day of the week. Moreover, the show has been a roaring success on viewership charts week on week and has won more than 50 awards to date.

The latest feather the show adds to its hat is the rare milestone of 2000 episodes that “Kumkum Bhagya” completes Dec. 8.

Here’s what some of the key cast members had to say on the occasion:

Sriti Jha, who plays the role of Pragya, mentioned, ““Kumkum Bhagya,” to me, is basically magic that was waiting to happen when Ekta ma’am put in all the right ingredients together. It has taught me the true meaning of serendipity … there can’t be a better coincidence than bringing together some of the most amazing people. It is not every day that a Hindi show crosses a milestone of 2000 episodes and none of this would have been possible without the love and support of our ardent viewers.”

Shabir Ahluwalia adds, “I am extremely happy that we have completed 2000 episodes. Abhi-Pragya has emerged as an emotion with which viewers across the country closely connected. We’re a family on the sets and the memories we’ve built together will keep us closely bound for life. I can’t thank Ekta enough, so I will just say, ‘I admire you, you inspire me.’”

Krishna Kaul stated, “I can’t believe we have completed 2000 episodes. I am so grateful to the entire team, especially Ekta ma’am for giving me this opportunity. And of course, to our viewers who have made this possible. Cheers to 2000 episodes, I wish and pray for another 20000!”

Mugdha Chapekar declares, “My heart is filled with a lot of gratitude for the entire team for all the hard work everyone has put in. The new generation has entered for almost 3 years now, but this show has always been Shabir’s and Sriti’s show for the past 8 years. We have a lot of love and affection towards each other on the set and that is what helps us to keep going. Thank you to our fans because of which we are where we are today, and also to Ekta ma’am as her impeccable vision: this show has always been everyone’s favorite!”

Pooja Banerjee, who plays the role of Rhea, said, “I joined this show very recently but in no time, it felt like I became a part of this beautiful family. I have received so much love from everyone that I am filled with tears of joy! Thank you to each and every cast and crew member for creating this show and of course, lots of love to Ekta ma’am.”

In the current track of the show, Abhi and Pragya are both in a state of coma after the one-month leap in the show. Meanwhile, their daughters, Prachi and Rhea, will continue to witness some unexpected news in their lives as Prachi discovers her pregnancy after finding out that Ranbir is getting married to her sister Rhea.