HomeIndiaBattle Royale Between Adani And Ambani

Battle Royale Between Adani And Ambani 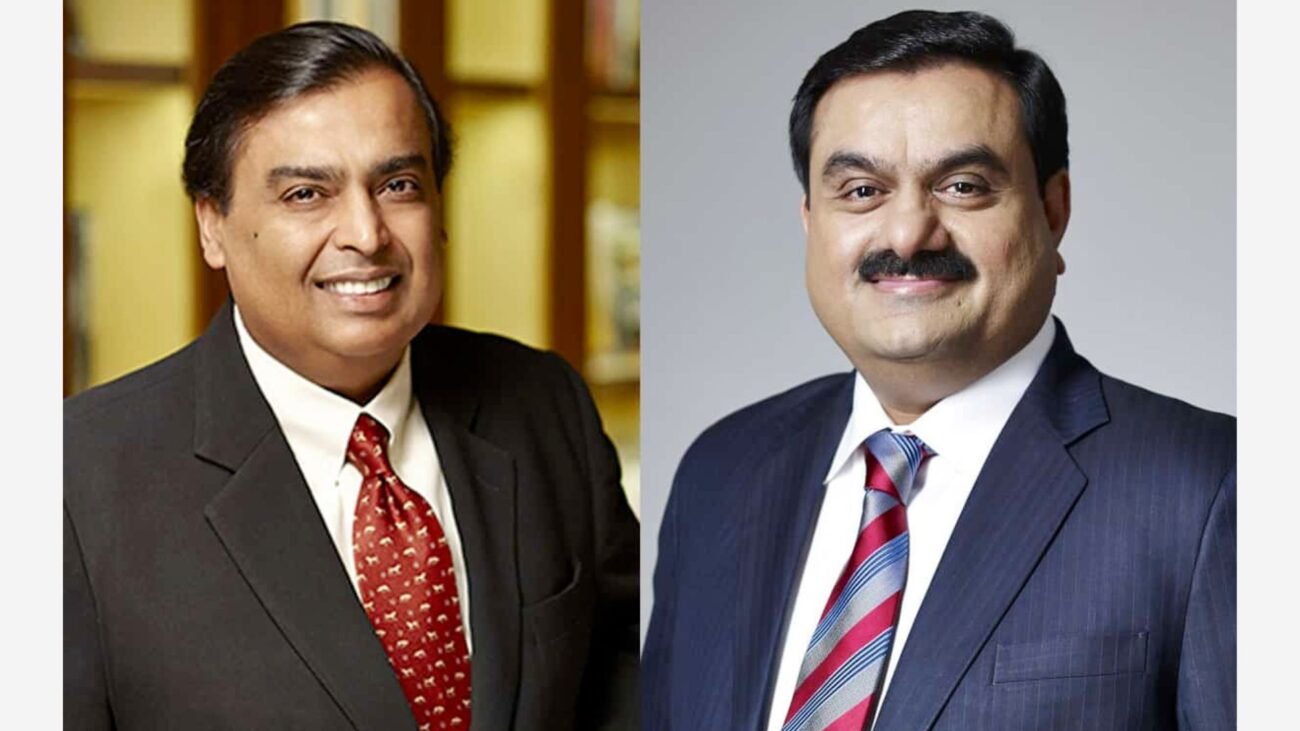 Battle Royale Between Adani And Ambani

NEW DELHI, (IANS) – Gautam Adani and Mukesh Ambani, both billionaires, have in recent years become the best-known faces of Indian business. To supporters, they are patriotic nation-builders, using their sway and resources to further India’s economic progress. To critics, they are only in it for themselves, The Economist reported.

Their motivation seems to lie somewhere in between, the report said.

“The duo’s rising influence over Indian business is undisputed. Many observers now talk of the “aa economy”. That is an exaggeration, but the combined revenues of the companies controlled by Messrs Adani and Ambani are equivalent to 4 percent of India’s GDP,” The Economist reported.

They are also responsible for 25 percent of the capital spending of listed non-financial firms at a time when the overall investment has been subdued.

“Never have we walked away from investing in India, never have we slowed our investments,” asserted Adani at the annual meeting of his group on July 26.

Not to be outdone, Ambani, at his own annual meeting on August 29, pledged to double the size of Reliance, the conglomerate that he runs, adding that “patriotism inspires and energizes everything we do”.

They play such an important part in India’s economic development because they have succeeded where others in the country have all too often failed, by creating businesses that are both large and fast-growing.

Under Ambani’s stewardship, Reliance, founded by his father Dhirubhai Ambani, has gone from dealing in petrochemicals and refining to encompassing retail, telecom, and renewable energy.

Adani’s operation is more speculative and generates modest cashflows, but he has progressed in a decade from a small office in Mumbai to an empire of ports, airports, and energy utilities spread across seven public companies and various private ventures.

The two men’s publicly listed companies are worth a combined $452 billion, up from a collective valuation of $112 billion four years ago, The Economist reported.

“Much can be attributed to the fact that their vast ambitions fit with those of India’s Prime Minister, Narendra Modi, for the country’s economic development. The government still oversees hundreds of state-controlled companies, but confidence has long since disappeared in their ability to spur growth,” The Economist reported.

Instead, for the economy’s commanding heights, heavy industry and infrastructure, the government’s hopes increasingly rest on a handful of private firms which appear able to handle India’s debilitating red tape and erratic allocation of projects. Both men have so far been able to navigate the country’s treacherous judicial and political currents.

“Yet there are strong arguments that they are not merely favored industrialists collecting rents. Their desire to invest appears to have little regard for profits. Reliance hasn’t generated a return on capital of more than 10 percent in a decade. Only two of Adani’s listed companies do better and both are ventures with foreign firms,” The Economist reported.

“That urge to invest is bringing the firms into closer competition. Perhaps that is unsurprising. Reliance and the Adani Group share many characteristics. The founders of each were born in Gujarat, as was Modi, whose own ascent was tied to the state’s impressive record of economic growth during his time as Chief Minister. Both firms have grown largely by building dominant positions in existing industries then moving into related areas. Thus, they have become interwoven with, and vital to, India’s economy – and Modi’s vision,” The Economist reported.

“Inevitably, the frenetic activities of these two business groups had to collide,” the report said.

In August, Adani launched a hostile takeover of NDTV, a broadcaster, a move that followed the purchase of a 49 percent stake in Quintillion Business Media, another firm.

Each of these entities will compete with Reliance’s media ventures. Both Adani and Ambani have announced plans to spend upwards of $70 billion on energy projects encompassing batteries, hydrogen, and solar power.

To knit his expanding empire together, Adani in August became a surprise bidder at the government’s auction of 5G bandwidth, a possible prelude to competing with Reliance in the telecom space. Among Adani’s industrial projects at Mundra is a refinery that will give Ambani’s operations close by some competition.

That sort of competition “could lead to some imprudent financial decisions from both sides,” warned Credit Sights, a research firm, hoping one of the men might listen.

“As is often the case with Indian industrial giants, there is already cause for concern. A consequence of Adani’s frenetic expansion is that his operations are “deeply overleveraged”, said Credit Sights, The Economist reported.

“Yet, the rivalry between the two may turn out to be transitory. Adani, a 60-year-old, has become an elevated presence in India’s business firmament; Ambani has withdrawn. Many suspect Ambani, five years older than Adani, is unwell (a rumor the company has denied).

“Reliance’s annual meeting was held online, despite many such meetings now taking place in person as pandemic precautions have relaxed. Perhaps sensing the questions this raised, Ambani noted that he had attended all 45 of Reliance’s annual meetings, the first held when the firm occupied one room with two tables and a shared phone,” The Economist reported.

But the role played by Ambani’s three children at the occasion has been widely interpreted as a succession plan unfolding. That leaves the possibility that even as the prominence of the “aa economy” grows, its days under the current leadership could be numbered.

Given India’s needs, there would seem to be abundant space in the country for the efforts of both men, The Economist reported.

Finding two new bosses more suited to this environment might be impossible, it added.