HomeIndiaIndia and the worldBiden Congratulates Mars Perseverance Team: ‘Indian Americans Are Taking Over’ the U.S. 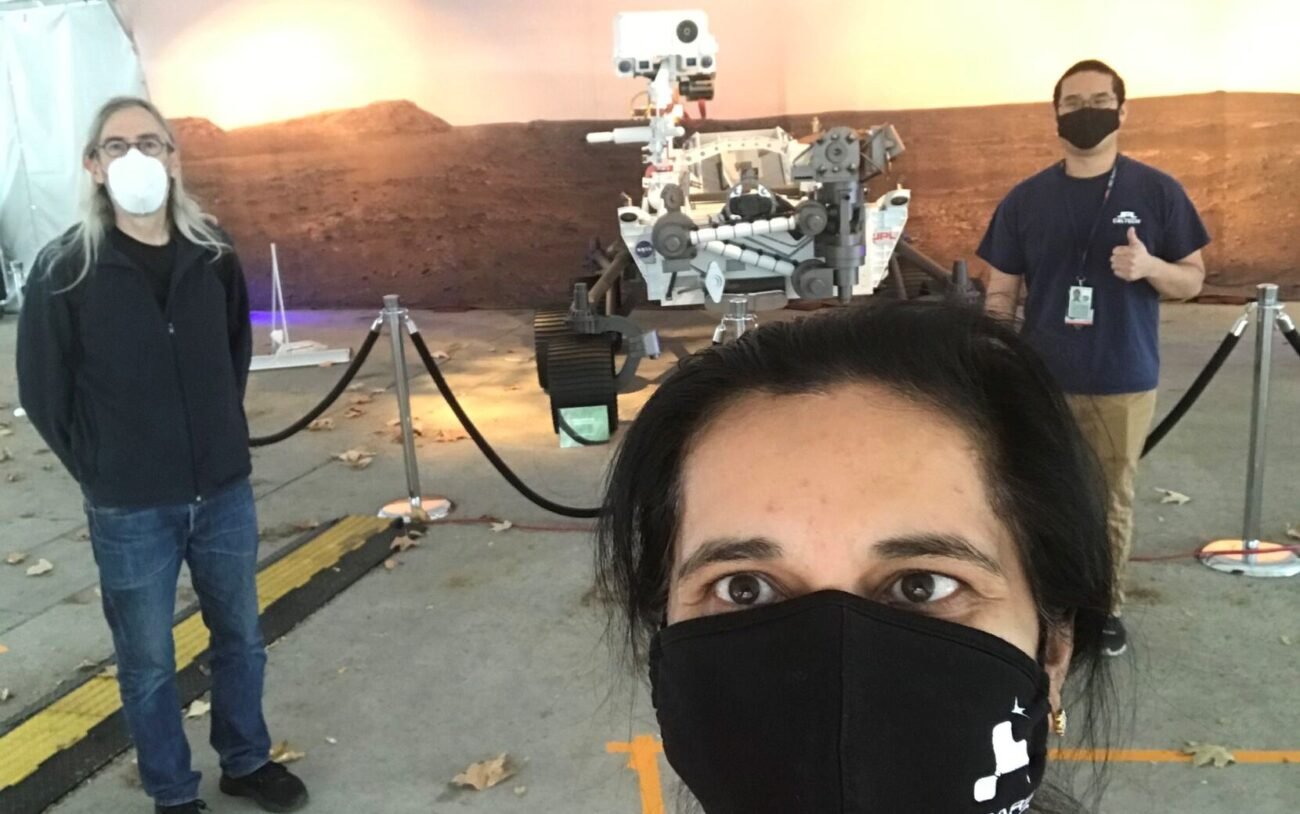 NEW YORK – Indian Americans are taking over the U.S., President Joe Biden said while congratulating Swati Mohan, the Indian American NASA engineer who guided the Mars rover Perseverance to a soft landing on the Red Planet.

“It’s amazing. Indians – of descent – Americans are taking over this country. You, my vice president, my speechwriter Vinay. But I tell you what, thanks. You guys are incredible,” he said during a virtual meeting to congratulate Mohan and others on the NASA Jet Propulsion Laboratory team that landed the Perseverance on Mars.

“One of the reasons why we’re such an incredible country is we’re such a diverse country. We bring the best out of every single solitary culture in the world here in the U.S. of America. And we give people an opportunity,” Biden said of the immigrants.

Mohan, who proudly displays her Indian identity with a bindi on her forehead, said: “Being able to work with this incredibly diverse talented team that has become like a family, spending years creating our own technological marvel has been a privilege.”

The NASA engineer said that she had been inspired as a child to get into space exploration by watching the “Star Trek” TV series where a “fantastical, really, really close-knit team” was working together for sole purpose of exploring space “and understanding new things and seeking new life.”

Biden’s Vice President is Kamala Harris and his director of speech writing is Vinay Reddy, who is one of more than 20 Indian Americans named to senior positions in his administration.

Two Indian American women astronauts have gone to space: Kalpana Chawla, who was killed on her second mission aboard the Space Shuttle Challenger that broke up in 2003; and Sunita Williams, who has been a commander of the International Space Station.

Astronaut Raja Chari belongs to the Artemis team from which the next members of future expeditions will be selected. He is to command the SpaceX Crew-3 mission set for September.

Mohan said she was well and as she began to thank him for taking the time to speak to them, he cut her off, saying: “Are you kidding me? What an honor this is, what an incredible honor this is” (for him to speak to her).

After mentioning the achievement of Indian Americans, he told her: “Did you want to say something? I’ll be quiet.”

Mohan said she hoped that Perseverance would be able to find new life on Mars.

She recalled to him the moments before the Perseverance landed on the Red Planet: Although it was going pretty smooth, the team was “really nervous and, frankly, terrified until we got through those final seven minutes.”

Mohan, who guided the rover safely to a soft landing, said: “To be able to call ‘touchdown’ safely, to see those first images come back from Mars, to see the place where we have never been able to go to on Mars before and go there – reach there for the express purpose of seeking out new life just made it feel like I was living in a dream.”

Biden replied: “I tell you what, you feel like you live in a dream, you’ve created a dream for millions and millions of young kids young Americans.

“You restored a dose of confidence in the American people. They were beginning to wonder if we are still the country we always believed we were. You guys did it. You guys gave a sense of America’s back. It’s astounding what you did. You should not underestimate it.”

Taking a dig at his predecessor Donald Trump, Biden said that he had heard of a head of state who wondered what had happened to the U.S.

“They used to be so proud to do great things. And here they can’t even deal with a coronavirus.

“It matters because democracies have to demonstrate they can run efficiently.

“We have never ever, ever failed to meet a call. We’ve set our mind to it. And we’ve done it together. And that’s what you all show. So, it goes way beyond the whole notion of what you just recently did,” he added.

Mohan said that there was “the thrill of all the scientific discoveries that are yet to come and what Perseverance can actually find – and hopefully find those signs of past life on Mars.”

Under Mohan’s guidance, Perseverance slowed down from a speed of nearly 20,000 km per hour with retrorockets and a parachute to about 3 kmph to touch down at the Jezero Crater on Mars about 224 million miles away from Earth on Feb. 18.