HomeIndiaIndia and the worldCharged of Creating Hindu Majority in Kashmir in UN, India Forcefully Reminds Pak of Its ‘Shameful History’ 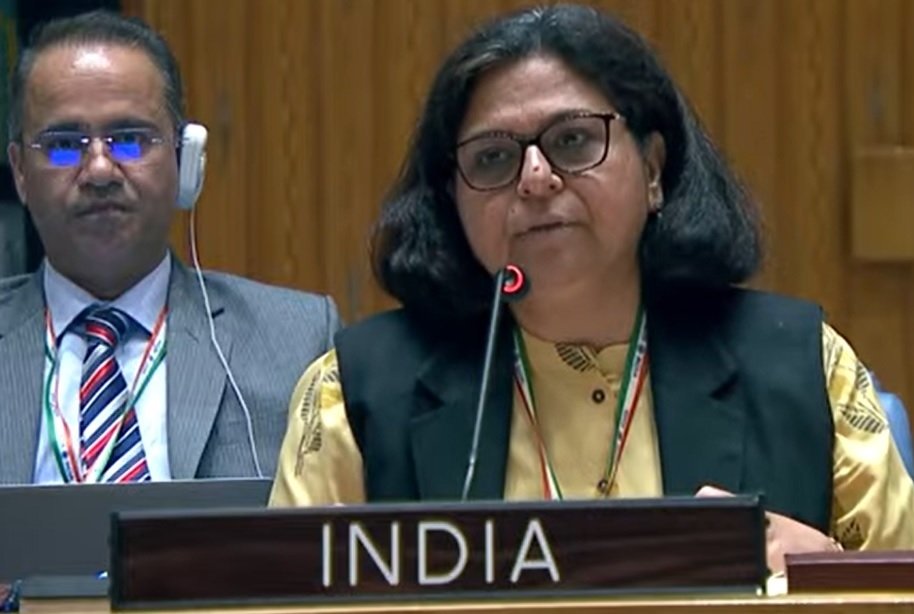 NEW YORK, NY(IANS) – Responding to Islamabad’s attack on New Delhi at the UN Security Council over Kashmir, India has reminded Pakistan of its “shameful history” of committing the genocide of hundreds of thousands of people in Bangladesh for which it has not apologized or even acknowledged.

“The reign of terror unleashed by Pakistan on the population of the then East Pakistan, saw hundreds of thousands killed brutally; several thousands of women were raped,” Kajal Bhatt, a counsellor in India’s UN mission, said on June 3.

“Today, we are discussing how to strengthen accountability and justice for serious violations of international law,” but Pakistan is going on “like a broken record” spewing “malicious” propaganda against India, she added.

“The irony is perhaps lost on the representative of Pakistan, given their shameful history of committing genocide in what was then East Pakistan, and what is now Bangladesh, over 50 years back for which there has not even been an acknowledgement much less apology or accountability,” Bhatt said while exercising the right of reply to Pakistan’s statement.

“Innocent women, children, academics and intellectuals were treated as weapons of war in an act of calculated genocide carried out by the Pakistani army what it called ‘Operation Searchlight’.”

During the debate, Pakistan’s Acting Permanent Representative Aamir Khan accused India of “grave breaches of international criminal law” in Kashmir and of trying to change its demographics from Muslim majority to Hindu majority by cancelling its special constitutional status.

In response, Bhatt said: “The only attempts at demographic changes are being perpetrated by terrorists supported by his country who have been targeting members of religious minorities in Jammu and Kashmir as well as those who refuse to toe their line.

“The only contribution that Pakistan can make is to stop its support for terrorism directed against my country and my people. India will continue to take firm and decisive steps to respond to cross border.”

She said that Khan “presents a live example in the Security Council of how a state continues to evade accountability for serious crimes of genocide and ethnic cleansing”.

“To ask them to reflect on this is perhaps asking too much, but the least they could do is not sully the dignity of this council.”