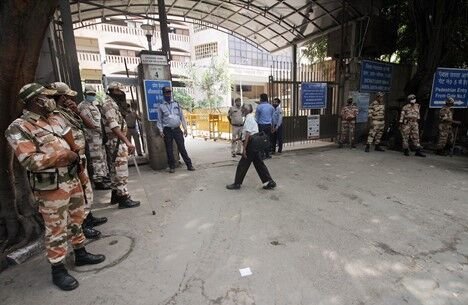 The shooting took place as Jitender Gogi, who was facing murder and extortion charges, entered the courtroom.

New Delhi Police Commissioner Rakesh Asthana said officers escorting Gogi acted swiftly and killed the assailants, who were believed to be from a rival gang. It wasn’t clear how they managed to bring in weapons.

With most proceedings held virtually because of coronavirus restrictions, very few people were present in the courtroom at the time of the shooting, said lawyer Satyanarayan Sharma, who was at the court as part of a different case.

He criticized a security lapse and demanded a thorough investigation.

The assailants were waiting for Gogi to arrive, he said. Indian media reports said Gogi, 30, was allegedly involved in a series of murders, extortions, violent robberies and carjacking cases in and around New Delhi.