HomeEntertainment‘Dil Bekaraar’ Takes Viewers on a Journey to the ‘80s With the Thakur Family: Watch Trailer 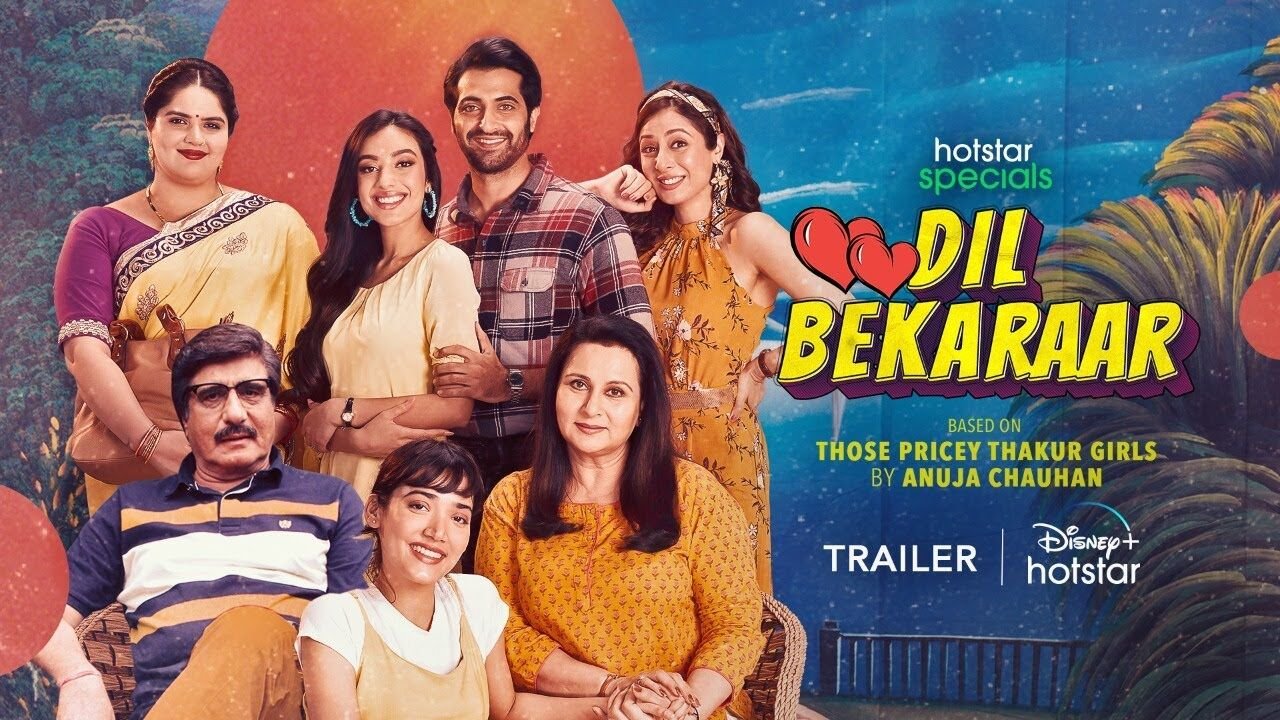 The Thakur family would like to invite you into their crazy world. Dil Bekaraar, starts Nov. 26. Save the date and RSVP to the 80s.

MUMBAI — “Dil Bekaraar” is a reminder of the old, simpler times revolving around the Thakur family, their five daughters and the many hurdles that surround them.

Will Debjani’s and Dylan’s ideological differences and professions pull them apart or draw them closer? Experience the charm of the ‘80s with the Thakur family as Disney+ Hotstar ushers in the love story. Produced by Sobo Films and directed by Habib Faisal, “Dil Bekaraar” will gently transport the viewers to the golden times. Raj Babbar, Poonam Dhillon and Padmini Kolhapure and upcoming actors like Sahher Bambba, Akshay Oberoi, Medha Shankar, Sukhmani Sadana among others; the characters portray humorous family drama with a backdrop of liberalization and journalism.

A retired Supreme Court Judge’s wife enforcing order in her family; a popular TV news reader; a South Delhi diva; a black-sheep daughter who drags her father to the court for her share in the property; and a confused 12th grader, the series is based on popular author Anuja Chauhan’s famed novel “Those Pricey Thakur Girls,” and represents different shades of women through very engaging characters.

“Dil Bekaraar” is set to release on Disney+ Hotstar Nov. 26.

Talking about his character in the series, actor Raj Babbar said, “My character, Lakshmi Narayan Thakur, is a self-righteous and principled man. Playing this character in the digital space has been a discovery for me. This script delves into the back-story of the characters and his journey was a rewarding experience to portray. Added to this, simply reuniting with immensely talented actors like Padmini Kolhapure and Poonam Dhillon and working with new talent like Sahher and Akshay added a revived vigor on set.”

Poonam Dhillon adds, ““Dil Bekaraar” has been an enriching experience; reliving the ‘80s as a mother of five daughters at the cusp of India’s liberalization and modernity influencing the Indian fabric was wholesome. This character of Mamta Thakur is very special to me, because it made me see motherhood in a new light. Her will to save the honor of the family and provide an unshakeable foundation is a characteristic to which many mothers will relate.”

Sahher Bambba said, “Debjani Thakur might be a character from the ‘80s but there’s a lot that women of today will relate to when watching her. While playing this character, I was surprised by how progressive she was for the times she comes from. The character has been written beautifully, such that her progressive attitude and balance shines through. Working with stalwarts of the industry like Raj Babbar, Poonam Dhillon and Padmini Kolhapure was an enriching experience. I can’t wait for the audiences to enjoy the madness of the Thakur family.”

Talking about creating the series, director Habib Faisal said, “To achieve the period of the 1980s, meticulous attention has been given in the production design, costume design, make-up design, sound and music design by the team. From lofty Lutyen’s bungalows made from scratch to sourcing the smallest of props, a lot of effort has been put into recreating the era. A lot of research has gone into creating this nostalgic ride by using songs, TV shows, iconic TVCs and landmark news events of the times. The fashions, the furniture, the modes of communication and travel are of yesteryears, but the conflicts and emotions of the characters are still very relatable and universal for the 2020s audience. No wonder stellar actors like Poonam, Raj and Padmini shared the team’s excitement in bringing Anuja Chauhan’s charming novel to the screen.”