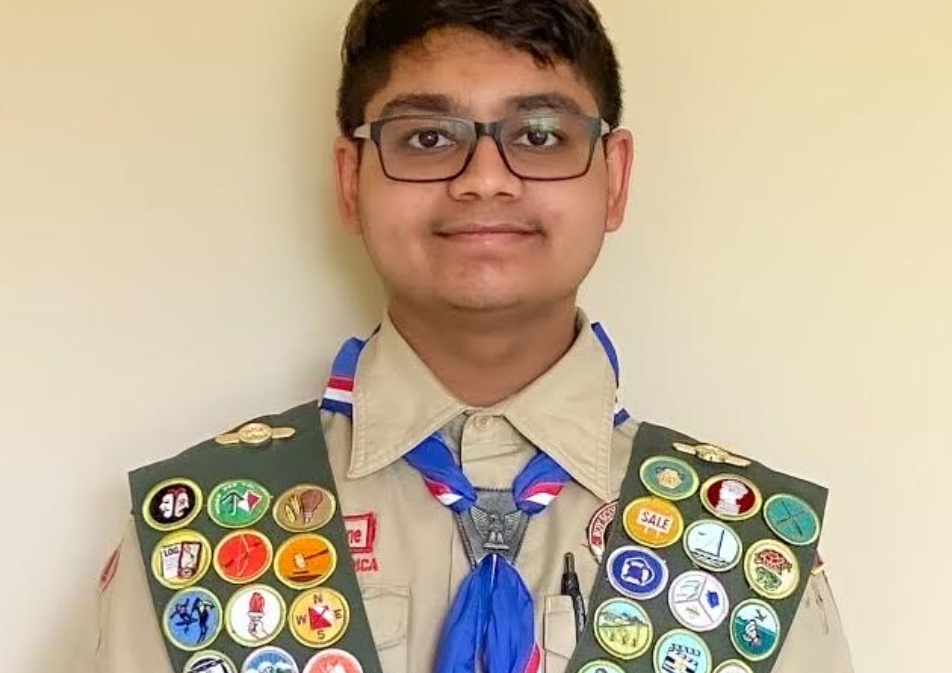 The junior at Lambert High School Tamhane is a member of Troop 27 in the Atlanta Area Council, Northern Ridge District, of the Scouts of America.

Tamhane, 15, became an Eagle Scout in the fall of 2019. The Indian American teen’s project consisted of designing and creating an outdoor arbor for Johns Creek Elementary as well as landscaping the plants near the school’s flagpole, according to a news release.

Fewer than 500 scouts in the history of scouting have earned all merit badges, according to meritbadgeknot.com. For most scouts, earning all 137 merit badges is a pipe dream. Over the past century, more than 110 million scouts have been part of Scouts of America, and less than 500 of them have ever earned every badge, the release said.

Tamhane completed his badges by attending Merit Badge clinics over the weekends and meeting with merit badge counselors from his troop.

“Attending Merit Badge Clinics was memorable to me as I experienced new ideas as I traveled and met new people,” Tamhane said in a statement.

Each merit badge had something to offer, built his personality, and opened the doors to a variety of topics. His personal favorites were scuba diving, aviation, skating, archery, and backpacking, it said.

He learned a plethora of things by completing these Merit Badges: gained a sense of personal finance, learned how to cook, went fly-fishing, water and snow skied, and so much more. He thoroughly enjoyed every merit badge he completed.

Tamhane said that his last merit badge, backpacking, was the toughest but most memorable one. He also attended Philmont Scout Ranch in Cimarron, New Mexico. He says that Philmont was the best camping trip he had ever gone on, according to the release.

Completing all the Merit Badges has opened many doors for him career-wise. But he hopes one day to pursue a career in medicine where he can serve the community, it said.

His family said they are very proud of Omkar, to see his journey which started in second grade as a Cub Scout until he became an Eagle Scout in the ninth grade and now completing all the merit badges in 10th grade, the release added.

He wants to be associated with scouting for the years to come. He is attending Sea Base next summer where he plans to live on a sailboat for a week with a few members of his troop, it said.