HomeIndiaIndia and the worldIndia Joins Russia, China, Abstains On Myanmar 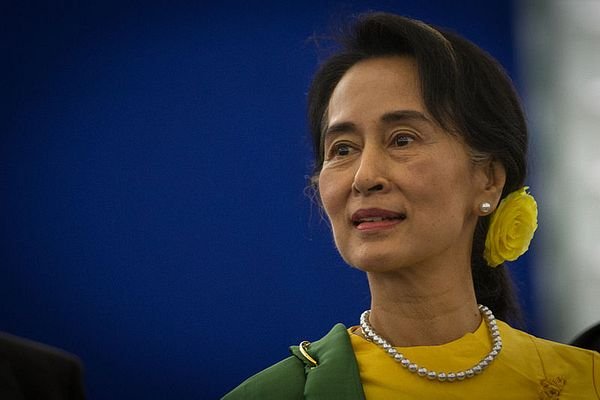 NEW YORK, NY (IANS) – India joined China and Russia in abstaining on a UN Security Council resolution on Myanmar, calling for the restoration of democracy there and the release of political prisoners, foremost among them Aung San Suu Kyi.

The long-awaited resolution received the votes of the other 12 countries in the 15-member body on December 22 and came 22 months after the overthrow of the democratically elected government in Myanmar.

It was proposed by Britain, which has responsibility for Myanmar in the Council, after prolonged discussions for a consensus, which it failed to get but softened it to avoid vetoes by Russia and China.

India’s Permanent Representative to the UN, Ruchira Kamboj, appealed for the release of political prisoners and the restoration of democracy, but said the resolution will not contribute to achieving those goals.

The resolution may “entrench the parties in their inflexible positions rather than encourage them to pursue an inclusive dialogue,” she said explaining India’s abstention.

The complex situation in Myanmar requires “quiet and patient diplomacy,” she added.

She pointed out that the stabiilty of Myanmar directly impacts the national security of India, which shares a 1,700-kilometre border with it.

The welfare of the people of Myanmar is of “utmost priority” and at “the core of our efforts” there, Kamboj said.

Till Wednesday, the Council had not passed any resolutions on Myanmar’s long stints of military rule, starting with the first coup in 1962 and recent efforts were met with threats of Russian and China vetoes.

The junta of the military known as Tatmadaw is not represented at the UN because the General Assembly’s accreditation committee has allowed the representatives of the democratically elected government led by State Counsellor Aung San Suu Kyi to continue in Myanmar’s seat.

The resolution also demanded the “immediate and concrete implementation” of ASEAN’s five-point consensus, respect for human rights, and accountability for those who violate them and unhindered humanitarian access to those in need.

The ASEAN plan adopted in April also called for mediation by its President’s representative and a visit by a special envoy to meet all the parties.

Britain’s Permanent Representative Barbara Woodward said, “Today we have sent a firm message to the military, that they should be in no doubt: we expect this resolution to be implemented in full.”

“It is also “a clear message to the people of Myanmar” that the UN backs their rights, wishes, and interests,” she added

US Permanent Representative Linda Thomas-Greenfield said that the continuance of the military regime was a threat to regional peace and security,

“Beyond the tremendous suffering in Burma, the brutality of the military regime continues to contribute to regional instability and a growing refugee crisis, having a direct and detrimental impact on regional peace and security,” she added.

Russia’s Permanent Representative Vasily Nebenzia said that the situation in Myanmar was not a threat to international peace, which is in the realm of the Council, but the resolution was dealing the human rights which should be taken up by the appropriate General Assembly committee.

The human rights issue was being politicized, he added.

China’s Permanent Representative, Zhang Jun said that the resolution violated the territorial integrity of Myanmar and it was important to promote talks and allow the ASEAN to deal with the country.