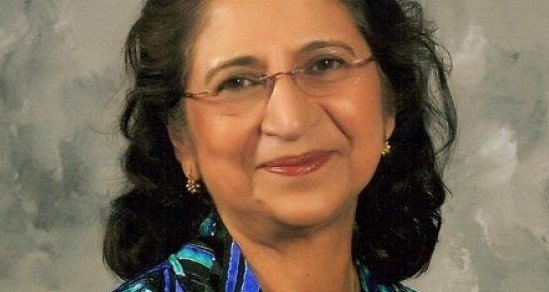 Sumita Mitra, a University of Michigan alum, was named a finalist by the European Patent Office for its European Inventor Award 2021. (umich.edu photo)

The European Patent Office May 4 announced that Indian American chemist Sumita Mitra was nominated as a finalist for its 2021 European Inventor Award in the Non-EPO countries category.

Mitra was the first to apply nanotechnology to the production of dental materials, leading to the creation of a new composite to repair teeth which has many advantages over conventional materials, according to the news release.

Mitra’s material overcomes many of the limitations of previous dental composites, which were either too weak to be used on biting surfaces, or quickly lost their polish and became physically unattractive.

In addition, her invention is more versatile than other composites, meaning it can be used in any area of the mouth and simplifies the filling procedure for dentists. Commercialized as Filtek Supreme Universal Restorative since 2002 by 3M, the U.S. multinational for whom Mitra worked for more than 30 years, the technology and the products developed from it are today used by dentists around the globe, the release adds.

Until the late 1990s, dentists wishing to perform natural-looking tooth repairs relied on a combination of two materials: composite microfills, which were aesthetically pleasing but too weak to be used in teeth towards the back of the mouth and biting surfaces; and stronger, but less attractive hybrid composites.

A key problem was the size of the filler particles which are suspended in the resin to impart it with strength, color, and opacity.

Mitra’s idea was to replace composite fillers with nanoparticles – ultrafine particles measuring between 1 and 100 nanometers in diameter – which are smaller than the wavelength of visible light and do not therefore scatter it, resulting in a material which retains its shine, the release notes.

By adding tiny amounts of pigment, and altering the chemical composition of the nanoparticles, the team also created a range of different shades, which can be matched to individual patients’ teeth, and layered to create a more natural finish.

Sumita Mitra is a partner at Mitra Chemical Consulting, LLC, a company she set up with her husband after retiring from 3M in 2010, and which advises companies on new technology development, product design, commercialization, mergers and acquisitions.

The winners of the 2021 edition of the EPO’s annual innovation prize will be announced at a June 17 ceremony, which has this year been reimagined as a digital event for a global audience, the release notes.