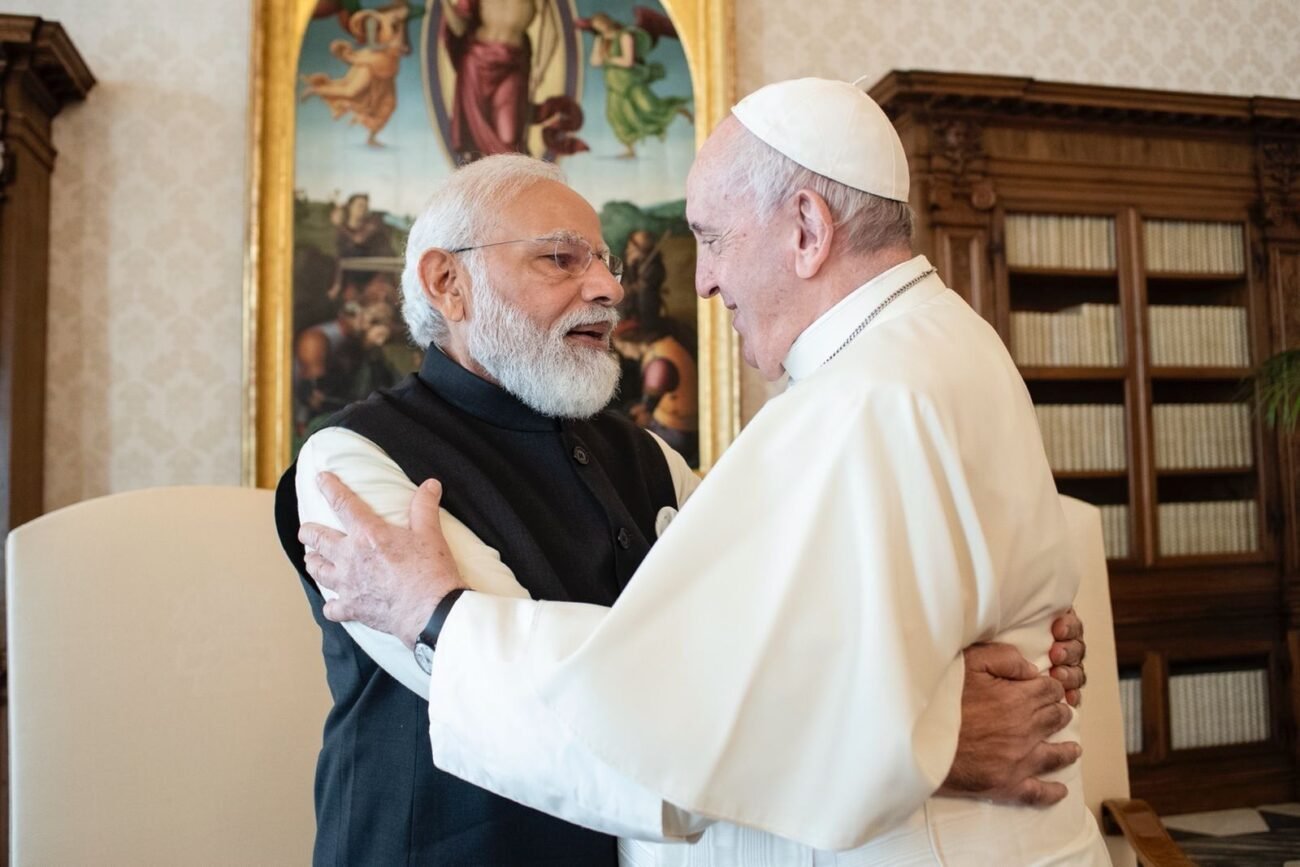 Prime Minister Narendra Modi held his first ever one-on-one meeting with Pope Francis as he arrived in Vatican City as part of his visit to Rome for the G20 Summit on Oct. 30, 2021. (photo via IANS/@narendramodi Twitter)

By NICOLE WINFIELD and AIJAZ HUSSAIN

“I would like to see you in India,” Modi told Francis as he bade him farewell after an unusually long, 55-minute audience at the Vatican. “On my part, it would be an honor to receive you there.”

Indian Foreign Ministry spokesman Arindam Bagchi said the invitation was to come visit “at an early date” and “was accepted with pleasure.”

Modi is in Rome for the Group of 20 summit, and his visit to the Vatican marked the first time in more than 20 years that an Indian leader has met a pope.

India is home to the second largest Catholic population in Asia after the Philippines, but the roughly 18 million Catholics represent a small minority in the largely Hindu nation of 1.3 billion.

The Vatican’s official communique made no mention of the invitation or the content of Modi’s meeting with the pontiff. It said only that Modi’s visit with the Vatican’s secretary of state was brief and that “the cordial relations between the Holy See and India were discussed.”

Francis had hoped to visit India and Bangladesh in 2017. After negotiations with the Indian government dragged on, Francis went instead to Bangladesh and Myanmar. Upon his return to Rome from that trip, Francis acknowledged he had wanted to go to India but that “procedures became protracted, and time was pressing.”

But he said it was actually “providential” because “visiting India requires one journey: you must go to the south, to the center, to the east, to the west, to the north for the diverse cultures of India.”

There was never an official explanation given for why the trip fell apart.

“Thank you very much for your visit,” Francis said to Modi in English, holding his hands, according to Vatican video of the encounter. “I am happy.”

During the encounter, Modi gave Francis a silver candelabra and a book, “The Climate Climb: India’s strategy, actions and achievements.” Francis gave Modi a collection of his main teaching documents and a bronze medallion featuring a tree and the words in Italian “The desert will become a garden.”