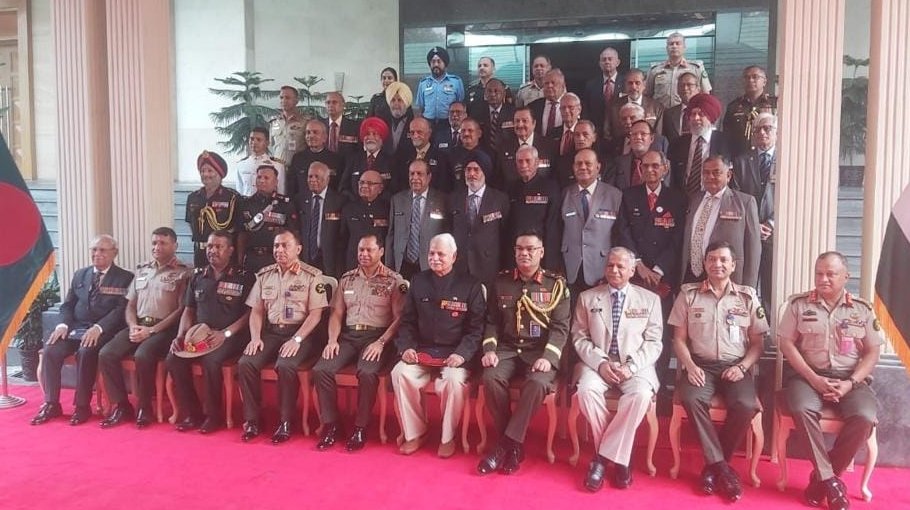 DHAKA, (IANS) – Indian war veterans, participating in Victory Day celebrations, paid tribute to the members of the Bangladesh Armed Forces who made supreme sacrifices during the Liberation War of 1971 by laying a wreath at the altar of Shikha Anirban in Dhaka Cantonment.

India and Bangladesh had invited each other’s war veterans and serving officers to participate in Victory Day celebrations.

“These bilateral visits provide a platform for the freedom fighters of Bangladesh and Indian war veterans to celebrate the unique friendship of the two countries and to renew memories of the Liberation War,” the Indian High Commission in Dhaka said in a statement on the 51st anniversary of the Liberation War.

“This war remains a unique example of the two-armed forces of India and Bangladesh, fighting together for Bangladesh’s freedom from Pakistani occupation, oppression and mass atrocities.”

During the visit, the valiant freedom fighters interacted with Indian war veterans and senior officers from the Indian Army, Navy, and Air Force, who played a pivotal role in training the freedom fighters and fought shoulder to shoulder in the just struggle for freedom.