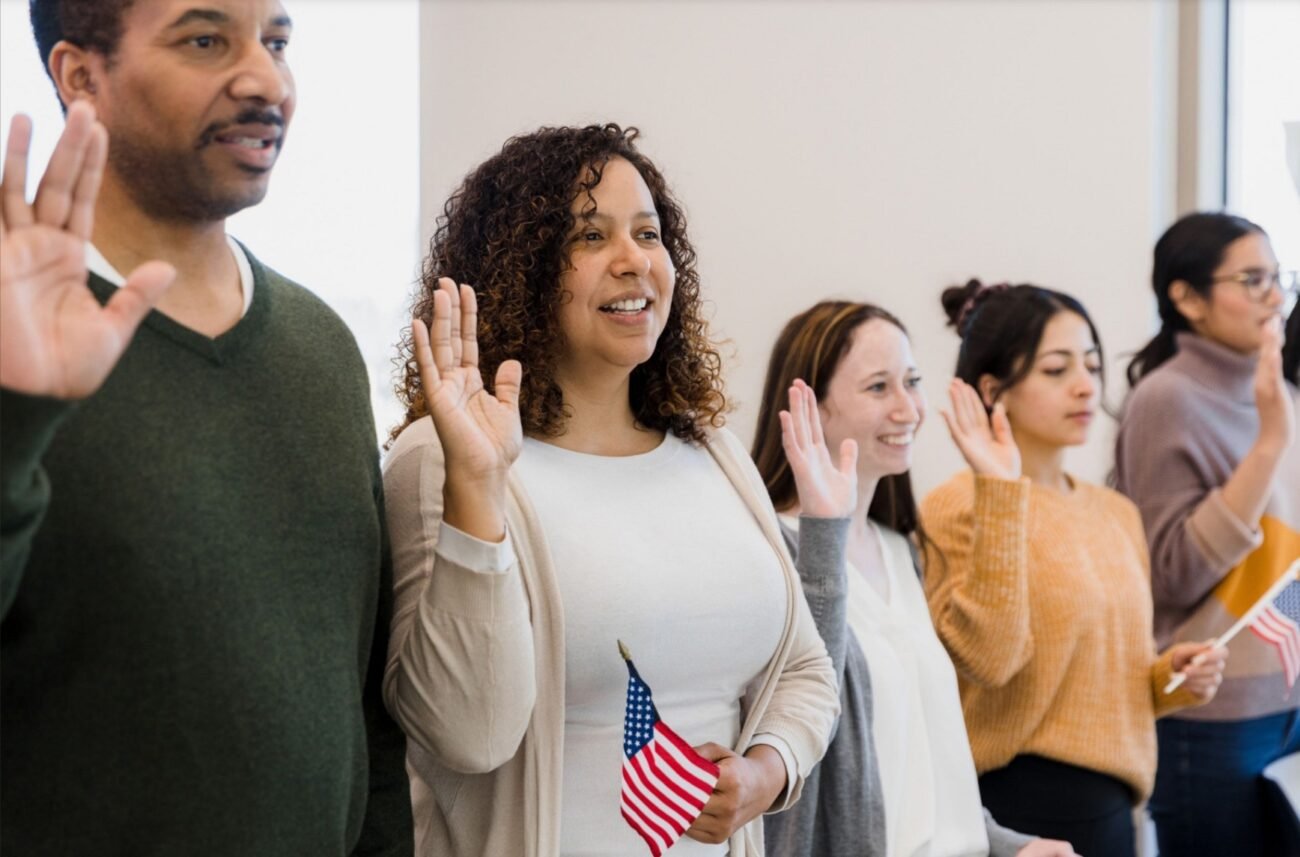 NEW YORK, NY (IANS) – Nearly one million immigrants obtained US citizenship during the fiscal year 2022 — the highest number of naturalized citizens in almost 15 years, according to a US Citizenship and Immigration Services (USCIS) report.

USCIS completed processing 1,075,700 naturalization applications and administered the oath of allegiance to 967,400 new US citizens during the year that ended September 30.

The number rose to 1,023,200 immigrants when considering children.

The top five countries of birth of immigrants who became naturalized US citizens in the fiscal year 2022 were Mexico, India, the Philippines, Cuba, and the Dominican Republic, according to the USCIS data.

Immigrants who either have been green card holders for 3-5 years or meet various military service requirements are eligible for US citizenship.

The processing time, from the time you file your citizenship application to when you attend the oath of allegiance ceremony, is between 18.5-24 months.

The current government filing fee for naturalization applications is $725, including $640 for processing and $85 for biometrics services.

Military applicants are exempt from both fees.

Immigrants with US citizenship are allowed to vote in federal elections, be eligible for candidacy in US elections, have greater access to government assistance programs, like Medicare, sponsor relatives seeking permanent residency, and ensure automatic US citizenship for children.

According to government data, USCIS oversaw more than 8.7 million immigration cases as of June 30 — from green card applications to asylum requests and work permit petitions.

“Every immigration case entrusted to us represents an individual or a family seeking to build a better life in the US,” said USCIS Director Ur M. Jaddou.

“We have made measurable progress towards building a more humane immigration system… There is more work to do, especially to reduce processing times for all people we serve, and congressional support is critical to achieving our ambitious backlog reduction goals in the year ahead.”

In the coming months, USCIS plans to build on this progress by implementing premium processing for all petitions for immigrant workers and certain employment authorization applications for students and exchange visitors.

It hopes to establish a permanent biometrics exemption for all applicants for change of non-immigrant status and extension of non-immigrant stay. Several common forms, including the applications for employment authorization, adjustment of status, and naturalization will be simplified, the USCIS stated.