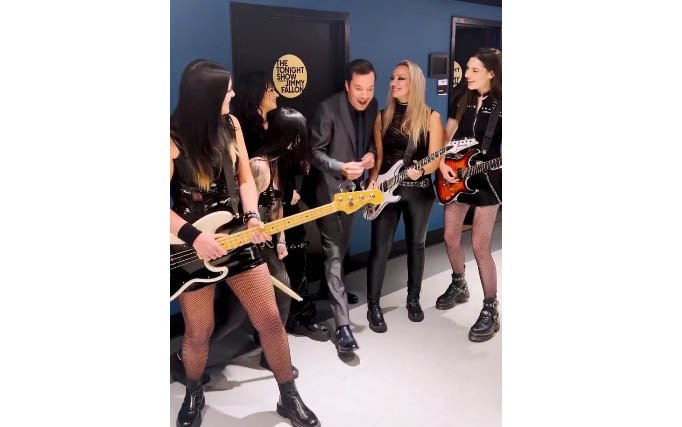 MUMBAI, (IANS) – ‘The Tonight Show’ host Jimmy Fallon and singer Demi Lovato took the Internet by storm after they were seen dancing on the song ‘Kala Chashma’ picturized on Sidharth Malhotra and Katrina Kaif.

The video was first shared by both Lovato and Fallon, where the ‘Solo’ hitmaker questions the show host in the caption asking if he is okay from the hilarious drop he had while dancing to this Hindi number.

Excel Entertainment, the makers of the film ‘Baar Dekho’ in which the song featured, took to social media, and shared the video of Lovato and Fallon dancing to the number.

‘Baar Dekho’ is a 2016 release, and the film has amassed love and adoration from the audience for its spectacular playlist which includes songs like ‘Kho Gye Hum Kahan’, ‘Sau Aasman’, ‘Dariya’, and ‘Kala Chashma’ among many other hits.