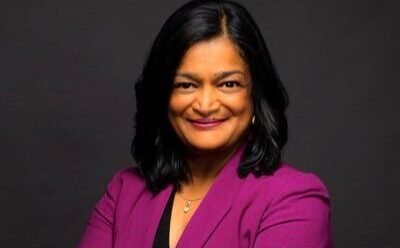 Indian American Congresswoman Pramila Jayapal led 60 lawmakers in calling on the Department of Justice to implement a set of reforms that undo the Trump administration’s attacks on immigrants. (Twitter photo/@PramilaJayapal)

U.S. Representative Pramila Jayapal, D-Washington, June 10 led 60 lawmakers in calling on the Department of Justice to immediately implement a set of reforms that undo the Trump administration’s cruel attacks on immigrants.

Additionally, the lawmakers urged Attorney General Merrick Garland to move toward a system that ensures the fair and impartial administration of justice, according to a news release issued by Jayapal’s office.

To achieve this, the letter outlines specific steps around immigration court backlogs, regulatory and policy review, Executive Office for Immigration Review personnel, legal representation, criminal prosecutions and the ongoing pandemic, the release said, adding that the lawmakers also requested a briefing on these topics.

“In light of the ongoing and irreparable harm that is being inflicted upon immigrant communities, we urge you to implement reforms to the Executive Office for Immigration Review and other Department of Justice immigration policies,” said the lawmakers. “We stand ready to work with you to restore the foundational principles of justice, fairness, and transparency to the immigration system.”

While reiterating their commitment to working alongside the Biden administration to restore fairness and transparency to the DOJ, the lawmakers urged Garland to quickly implement necessary reforms related to immigration court backlog; regulatory and policy review; EOIR personnel; legal representation; criminal prosecutions; and COVID-19.

The call to action is endorsed by local, state and national organizations including American Immigration Lawyers Association, Asian Americans Advancing Justice, Asian Pacific Institute on Gender-Based Violence, National Network for Immigrant & Refugee Rights and The Advocates for Human Rights, among many others.