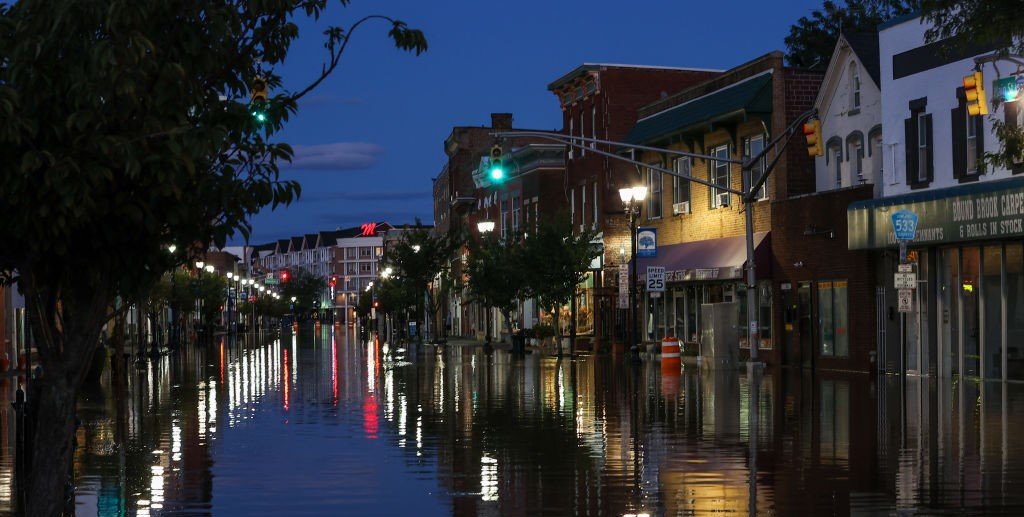 Flooded streets are seen in the town of Bound Brook in New Jersey Sept. 2. The death toll on the East Coast from the remnants of Hurricane Ida rose to 45 Sept. 1 after the region was hit by record rains and dangerous floods. (Tayfun Coskun/Anadolu Agency via Getty Images)

An Indian American man was killed after Hurricane Ida walloped the East Coast with record-breaking rain, bringing with it surging rivers and tornado damage Sept. 1, and drowning more than 40 people in their homes and cars.

South Plainfield Police, Piscataway Police and members of the Middlesex County Water Rescue Team, responding to cries for help, were able to determine that two males were swept into the pipe that travels under Stelton Road from South Plainfield to Piscataway, saving only one of the men.

“We are heartbroken by this tragic loss of life and pray for Mr. Reddy and his family and friends and all those impacted by last night’s devasting storm,” said Anesh in a statement.

AP adds from New York: In a region that had been warned about potentially deadly flash flooding but hadn’t braced for such a blow from the no-longer-hurricane, the storm killed at least 46 people from Maryland to Connecticut Sept. 1 night and Sept. 2 morning.

Officials said at least five people died in Pennsylvania, including one killed by a falling tree and another who drowned in his car after helping his wife to escape. A Connecticut state police sergeant, Brian Mohl, perished after his cruiser was swept away. Another death was reported in Maryland.

The National Hurricane Center had warned since Aug. 31 of the potential for “significant and life-threatening flash flooding” and major river flooding in the mid-Atlantic region and New England.

In Washington, President Joe Biden assured Northeast residents that federal first responders were on the ground to help clean up.

Residents in New York said they have complained for years about flooding on another Queens street, where a woman and her 22-year-old son died in a basement apartment. Her husband and the couple’s other son were spared only because they stepped out to move a car, next-door neighbor Lisa Singh said.