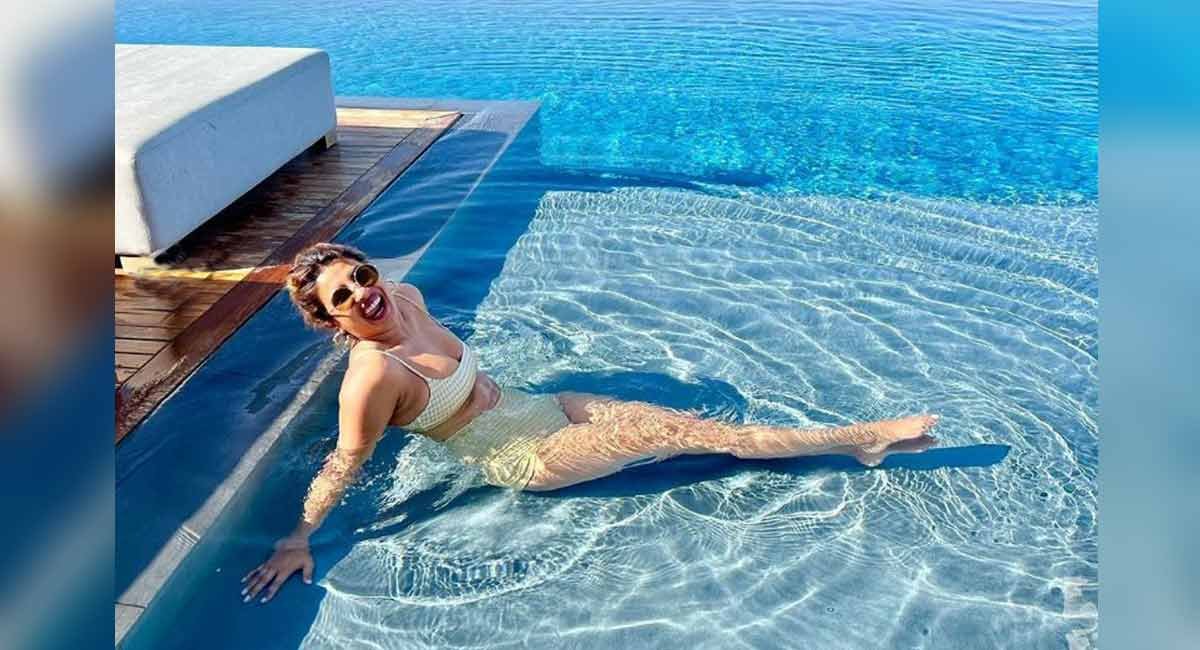 The ‘Mary Kom’ star can be seen wearing a lime-colored co-ord bikini set, relaxing in the pool at her LA abode. “Instagram Vs Reality” she captioned the post

Priyanka looked stunning and alluring and fans filled the comment section with fire and heart emoticons including her husband Nick Jonas who dropped a fire emoji and the comment ‘Damn’.

It was recently revealed that the actor couple duo Priyanka Chopra and Nick Jonas had named their daughter, who was born in January this year via surrogacy, as ‘Malti Marie’.