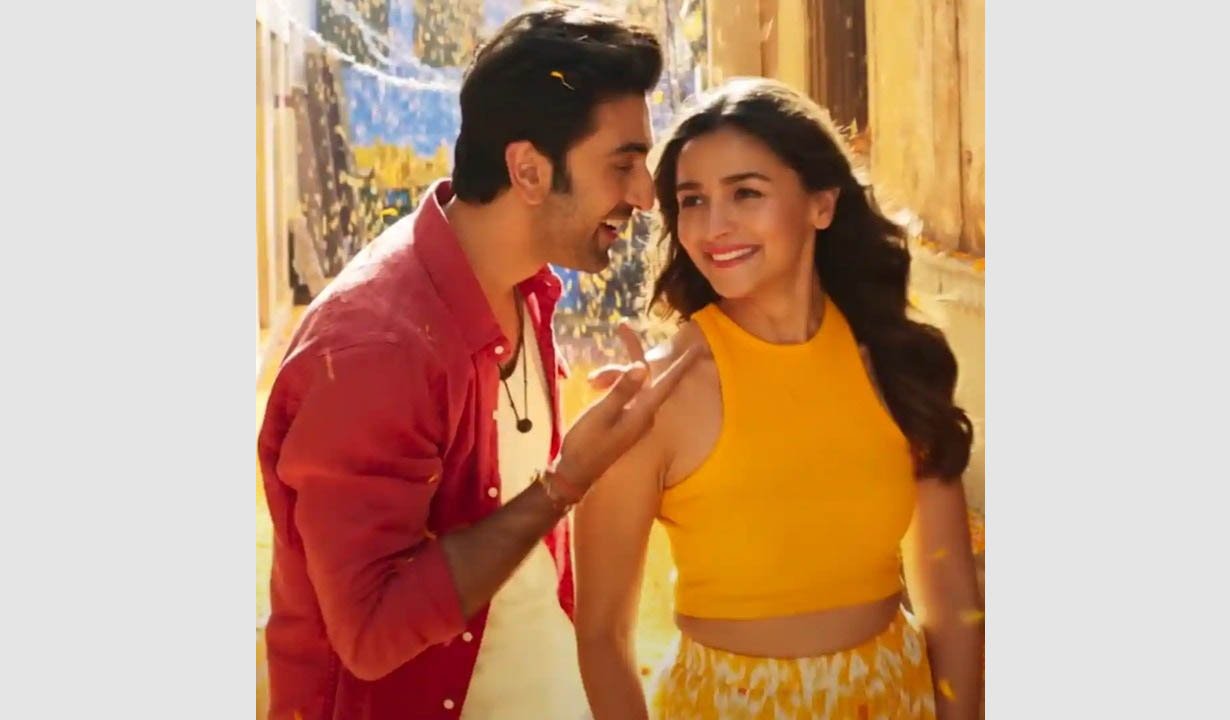 MUMBAI, (IANS) – The makers of the Ranbir Kapoor and Alia Bhatt-starrer ‘Brahmastra’ heard the pleas of music lovers and released the full version of the ‘Kesariya’ song from the film recently. Earlier, only a part of the song was released in April ahead of the wedding of Alia and Ranbir.

However, the song has caught the netizens’ attention for all the wrong reasons.

The listeners are perplexed at the use of the ‘love storiya’ phrase in the song, which sticks out like a sore thumb.

What compounds the audience’s odd listening experience is the fact that the lines have been penned by none other than Amitabh Bhattacharya, the man who is known for his knack of writing unusual lyrics, his songs like ‘Pardesi’, ‘Mast Magan’, ‘Babaji Ki Booti’, ‘Ullu Ka Pattha’, ‘Kalank Title Track and several others serve as testimony to his lyrical prowess and genius.

But this time the audience isn’t too pleased with what Bhattacharya has doled out. As soon as the song hit the airwaves, it sparked a meme fest on Instagram and Twitter with many members pointing out the visible difference before and after the mouthing of ‘love storiya’.

One user wrote, “Only reason ppl (people) saying they are enjoying south versions of ‘Kesariya’ more is because they don’t understand a single word of it. What if those versions of songs have cringe lyrics too? (sic).”

One user posted the famous picture of Jason Momoa sneaking up on Henry Cavill from the ‘Suicide Squad’ premier. The user tagged Henry as himself implying that they’re enjoying listening to the song while the ‘love storiya’ part (Jason Momoa) sneaks up on them to spoil the experience.

‘Brahmastra’ directed by Ayan Mukerji, is set to drop in theatres on September 9, 2022.