HomeIndiaSituation is Grim, Says Indian Envoy after Landing at Jamnagar from Kabul 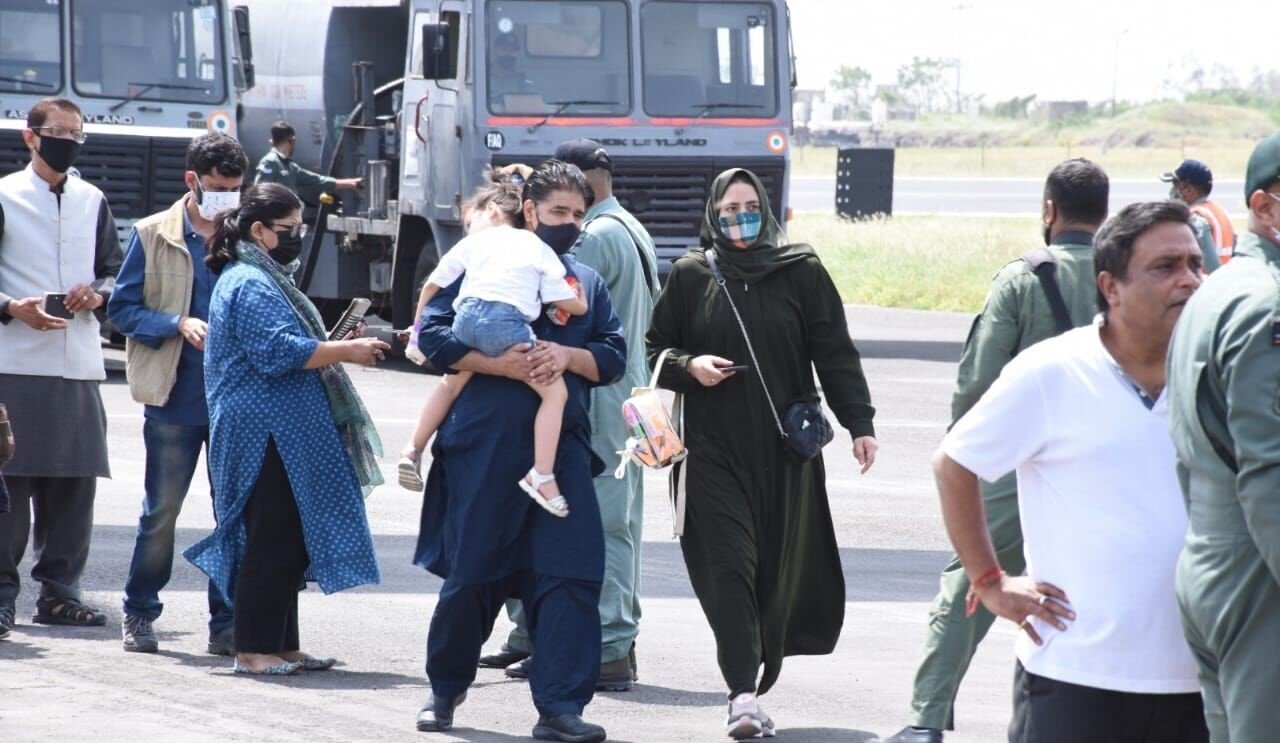 GANDHINAGAR (IANS) – The Ministry of External Affairs successfully carried out a three-day evacuation mission to bring back 192 Indians stranded in what is now Taliban controlled Afghanistan.

Providing a sigh of relief to those stranded in Afghanistan, the Indian Air Force plane C-17, Globemaster, carried more than 150 Indian nationals from the Hamid Karzai International Airport in Kabul to Jamnagar Aug. 17. The aircraft evacuated several Indian Embassy officials working in Afghanistan.

After landing at the Jamnagar Airforce Base, Rudrendra Tandon, the Indian ambassador to Afghanistan, interacted with the media.

“You cannot imagine how great it is to be back home. After two weeks of intense complicated situation, I had to take a decision on evacuation. I am very happy that the mission is over now and we are back home safely without any untoward incident or accident,” said Tandon at the Jamnagar IAF airbase.

MEA planned the evacuation mission and carried it out in three days.

“We had a very large mission. We had a mission of 192 persons that were evacuated from Afghanistan, in literally a period of just three days, in a very orderly fashion in two phases. Apart from the personnel of the embassy, there were also people from the public sector companies in Afghanistan and there were people from Air India, who also needed to be evacuated as the situation in Kabul city was rapidly changing. Then there were also Indian citizens who found themselves in distress due to the fast-changing situation. But our policy was that anyone who reaches the embassy would be taken into the evacuation mission and will have a safe and secure exit from the country,” he said.

The IAF plane will be refueled and will head to Ghaziabad’s Hindon Air Force Station from where they will leave for their respective states.

In related news, ANI reports from Pune, Maharashtra Aug. 18: Students from Afghanistan studying at Pune University are not willing to go back to their country after the Taliban takeover and want to stay in India.

Afghan students are worried about their stay in India as the situation gets worse. The academic courses of these foreign students will get over by the end of this year.

Mujjamil Sabri, a resident from Dai Kundi province of Afghanistan and a student of politics and public administration in Pune University, said that his family is in Afghanistan but he cannot go back as the situation is “very risky.”

Hommain Bathur, a political student, said, “When I get to know that 15 provinces are under Taliban regime, I flew back to India. It’s been a month since I have talked to my family. I have applied to UNHCR as a refugee. I will not go back and live under the Taliban regime.”

Farzana Amiri, a student of international business, said, “I had plans about doing business between India and Afghanistan but everything shattered. If I go back to my country, the Taliban can easily execute me because I am in the media and fighting for the right to education for Afghan women.”

The Taliban entered Kabul on Aug. 15 and took control of the presidential palace.