“When Black Political Power Is Enhanced, Prospects Of Other Groups Improve” 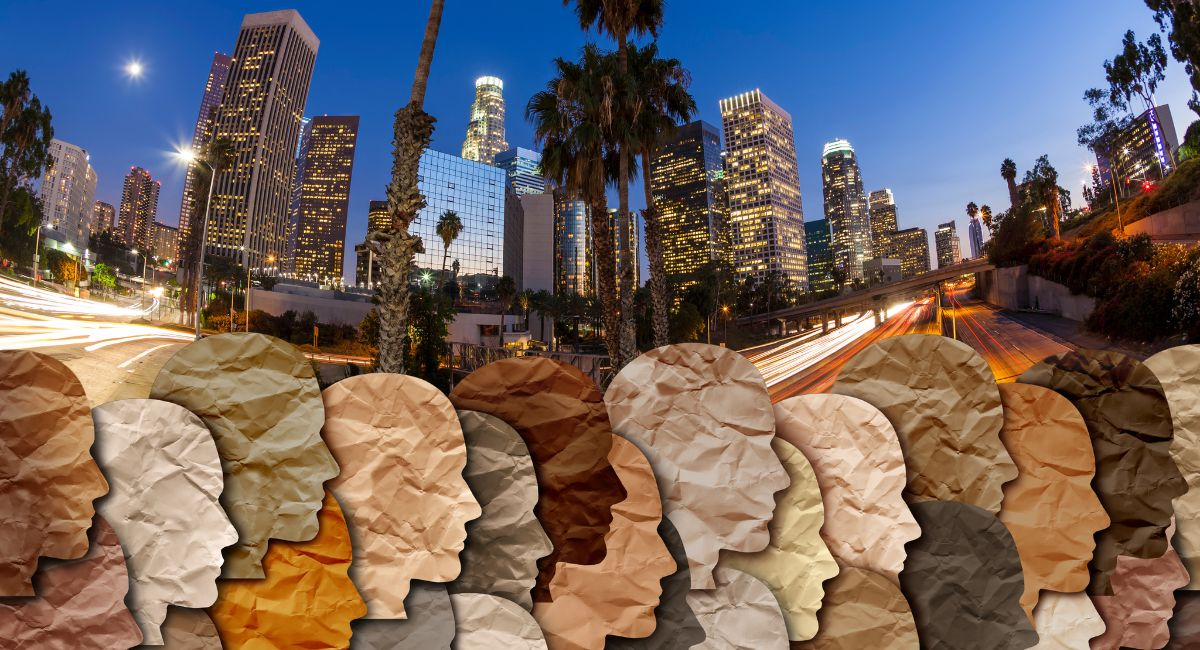 “When Black Political Power Is Enhanced, Prospects Of Other Groups Improve”

LOS ANGELES, CA – Los Angeles politics “post racist recording” is a fraught moment for communities of color and indigenous people in the city. It is also an opportunity for change, the renewal of coalitions that have existed for decades, and “a different kind of Latino politics.”

So said a panel of experts during the first event in a series that promises to dissect the close relationship between politics and racism in the U.S. It started this week with a look “Behind Closed Doors,” a discussion of the leaked recordings of a meeting of Los Angeles leaders making racist remarks.

USC’s Price School and its Center for Inclusive Democracy (CID), the California Black Freedom Fund, the Latino Community Foundation, and the AAPI Civic Engagement Fund are the series’ sponsors.

“We know that the leaked recording in Los Angeles was just the tip of an ever-present iceberg. It provided a very public example of just how deeply rooted racism is in our electoral system and overall power structures,” said Professor Mindy Romero, founder, and director of CID, who moderated the session.

That conversation exposed, according to USC sociologist and economist Manuel Pastor, a “lack of solidarity,” a “forfeiture of leadership,” and evidence that these leaders were playing a game of “ethnic succession” and not of “ethnic coalitions.”

“The substance of the conversation was also a kind of zero-sum politics in which the thought was that increasing Latino political power necessarily came at the cost of Black political power,” said Pastor, who voiced his opposition with that point of view.

“When we enhance Black political power, we are improving the political prospects for Latinos, for Asian Americans, for indigenous folks who live within Los Angeles, we improve the conditions for progressive politics,” he added.

He also called the aftermath of the recording a “political earthquake,” shaking the foundation of Latino politics in L.A. and bringing an opportunity for a renewed focus on coalition politics.

Odilia Romero, co-founder, and executive director of CIELO (Comunidades Indigenas en Liderazgo, or Indigenous communities in Leadership), pointed to the recording as a public expression of racism that has always been present against indigenous populations of the Americas.

“I mean, I wasn’t surprised by their comments because this is what we deal with every day from our Latino and our Mexican relatives,” she pointed out. She also shared her experience during a meeting with the Leadership of the Mexican Federation in the aftermath of the recordings that she called “paternalistic.”

“They said: you don’t want to go down in history as the woman that dismantled Latino political power,” she recounts, about some unnamed leadership acting, supposedly, on behalf of councilman Kevin de Leon. “And these organizations serving indigenous people, you can imagine the treatment they get, right?”

The recordings have exacerbated the lingering trust deficit between African Americans and Latinos in the City, said L.A. Times columnist Erika D. Smith.

“One of the things I’ve heard from Black Angelinos for the entire time that I’ve been here is this fear that Latinos are going to take over city politics, and they’re not going to care about Black people, and you know our needs are going to go unmet,” she said.

Panelists expressed concern about the situation in the city council because one of the people in the recordings, 14th District Councilman Kevin de Leon, refuses to resign from his position.

“Can the city and council move forward with him still on there?” said Smith. “Nobody can really force him to resign except for the voters, but that will take some weeks, even months, and how do you work with him or around him?”

Pastor stressed that there is an “immediate need to think long-term” as Latino politics in the city shifts and new leaders are elected.

“We need to get into the transformational organizing and community leadership that will allow us to combat anti-blackness, xenophobia, and anti-immigrant sentiments in multiple communities and build lasting coalitions,” he said. Three additional panels are scheduled for next year, including one session about anti-blackness among Latino and AAPI communities, redistricting, and the building of coalitions.