HomeIndiaActor Hank Azaria Apologizes for Voicing Apu on ‘The Simpsons’

Actor Hank Azaria Apologizes for Voicing Apu on ‘The Simpsons’ 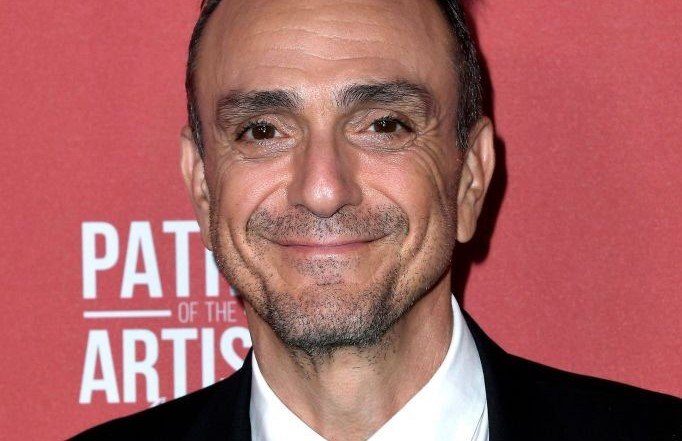 Actor Hank Azaria Apologizes for Voicing Apu on ‘The Simpsons’

Actor Hank Azaria attends the SAG-AFTRA Foundation’s 4th Annual Patron of the Artists Awards Nov. 7, 2019 in Beverly Hills, Calif. Speaking April 12 on a podcast co-hosted by Indian American actor Monica Padman, Azaria apologized for voicing Apu on “The Simpsons,” saying: “I needed to look at my part. I went and learned. I read, and I talked to people. I talked to a lot of Indian people. I talked to a lot of people who knew a lot about racism. I took seminars.” (Frazer Harrison/Getty Images)

Actor Hank Azaria, who had been voicing Apu Nahasapeemapetilon, the Indian Kwik-E Mart clerk on “The Simpsons” since its first season, announced in early 2020 that he was stepping away from the controversial character.

Azaria now wants to apologize “to every single Indian person” for voicing the character that has been accused of pushing racial stereotypes.

The Emmy-award winning actor and comedian appeared on the April 12 episode of the podcast, “Armchair Expert with Dax Shepard,” and talked about the controversy around his Simpson’s character, among other topics.

Noting that he was unaware about how much “relative advantage” he’d received as a “white kid from Queens,” Azaria said that he didn’t think about “this stuff because I never had to.”

“There were very good intentions on all of our parts. We tried to do a funny, thoughtful character. Just because there were good intentions doesn’t mean there weren’t real negative consequences to the thing that I am accountable for,” the publication quoted him as saying.

Azaria then apologized to Padman.

“I really do apologize. It’s important,” he said. “I apologize for my part in creating that and participating in that. Part of me feels like I need to go to every single Indian person in this country and personally apologize. And sometimes I do.”

Shepard praised Azaria’s response to it all, according to CNN, to which Azaria said: “It’s not about congratulating me for the response because I’m a big part in creating the problem to begin with. So nothing takes that away except maybe an amends over time which I am attempting to make.”

In an interview with The New York Times in 2020, Azaria explained that coming to that decision was a lengthy process, one that involved introspection, exploring issues of racism and representation through books and seminars, and seeking opinions from his Indian American friends and colleagues like Utkarsh Ambudkar.

In the Times report, Azaria said that his initial reaction to the controversy “was to bristle.” But as he continued to discover more about the character’s impact and his role in propagating stereotypes, he knew he had to opt out.

“Once I realized that that was the way this character was thought of, I just didn’t want to participate in it anymore,” Azaria told the Times. “It just didn’t feel right. What happened with this character is a window into an important issue. It’s a good way to start the conversation. I can be accountable and try to make up for it as best I can.”

Indian American comedian Hari Kondabolu helped spark a conversation about the character in the show through his 2017 documentary, “The Problem with Apu,” which featured several Indian American artists.