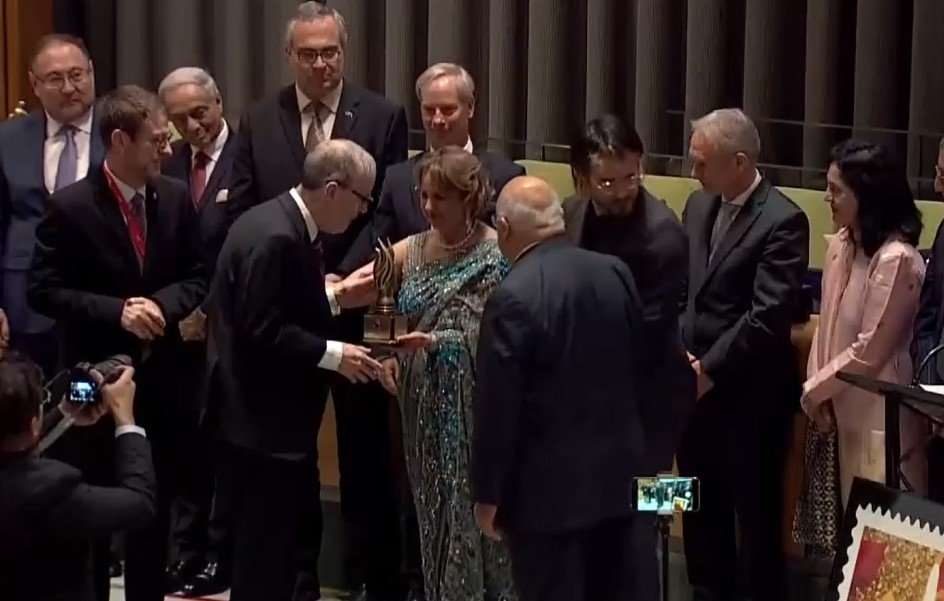 NEW YORK, NY (IANS) – Diplomats and a US politician have been honored at the UN with the Diwali Foundation’s Power of One award recognizing their contributions to promoting international relations.

The head of the European Union (EU) delegation to the UN, Olof Skoog, described the unique annual awards at the UN as the “Oscars of Diplomacy”, while introducing the ceremony on December 5.

General Assembly President Csaba Korosi said that “the essence of Diwali transcends cultures and inspires all of us to strive for a better world” and “that is what today’s awardees have helped to do, showing the way through diplomacy”.

“We are a world in crises, a world in need of transformation… I am sure that we too possess the power to create light and spread it across the world.”

The Diwali Foundation, which grew out of efforts to get the US Postal System to issue a stamp honoring the festival of Diwali, makes the award, Power of One, recognizing how one person can become an agent of change.

The ceremony was sponsored by 60 countries this year, with Russia as a notable absentee.

India’s Permanent Representative Ruchira Kamboj said that Diwali is the “celebration of the eternal values that are so relevant to what we do here at the UN — goodness, caring, and compassion”.