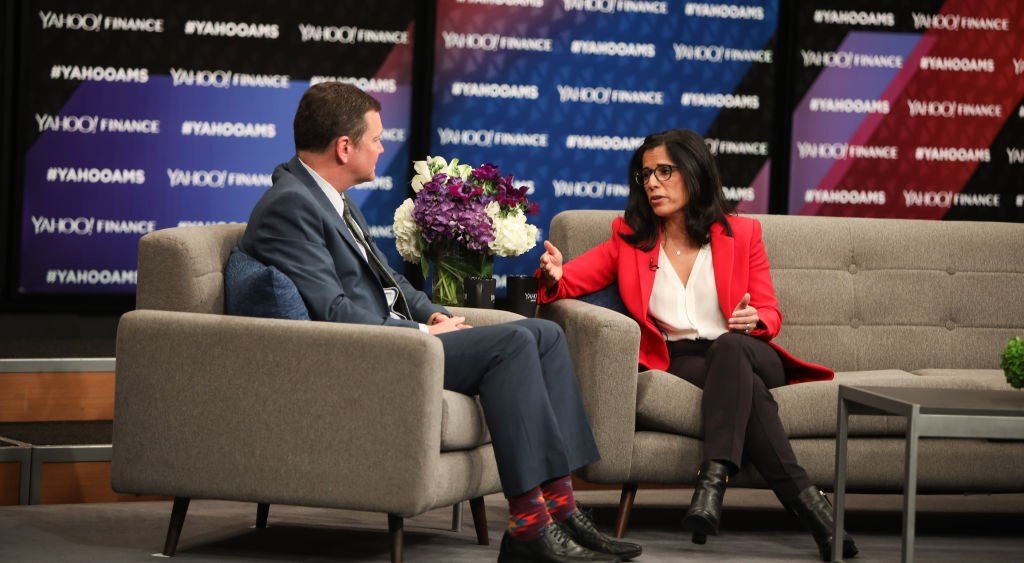 Indian American Seema Nanda was announced as President Joe Biden’s nominee for the solicitor post of the Department of Labor. She is seen here (right) with Yahoo Finance’s Rick Newman during the Yahoo Finance All Markets Summit: America’s Financial Future At The Newseum In Washington D.C. on Nov. 13, 2018 in Washington, DC. (Tasos Katopodis/Getty Images for Yahoo Finance)

President Joe Biden intends to nominate Seema Nanda as solicitor of the Department of Labor, the White House announced March 26.

Before that, the Indian American lawyer spent over 15 years in various roles as a labor and employment attorney, mostly in government service. She led the now named Office of Immigrant and Employee Rights Section of the U.S. Justice Department’s Civil Rights Division; served as a supervisor attorney in the Division of Advice at the National Labor Relations Board; and worked as an associate in private practice in Seattle.

After the Obama administration, Nanda led the Democratic National Committee as CEO and served as COO and executive vice president at the Leadership Conference on Civil and Human Rights.

Nanda is presently a fellow at Harvard Law School’s Labor and Worklife Program. She grew up in Connecticut and is a graduate of Brown University and Boston College Law School, according to her bio.

IANS adds: Nanda’s nomination to the senior administration position will have to be approved by the Senate.

She was appointed to the Leadership Conference on Civil and Human Rights position by Vanita Gupta, who was the organization’s president and is now Biden’s nominee for associate attorney general.

Confirmation of Gupta’s nomination is still pending with the Senate.

Only one Indian American to a senior administration position, Surgeon General Vivek Murthy, has cleared the Senate.

Earlier, the White House formally withdrew the nomination of Neera Tanden for the cabinet-level position of the director of the Office of Management and Budget.

She ran into opposition from senators of Democratic and Republican parties because of her intemperate tweets.

The Office of the Solicitor “helps our clients make America a magnet for jobs, equip workers with the skills they need to succeed in those jobs, protect them from injuries or illnesses caused by their work and assure workers that they receive promised benefits and statutorily-mandated compensation for their efforts,” according to the department.

The Labor Department’s solicitor oversees a staff of 700, including 400 lawyers, according to the department.