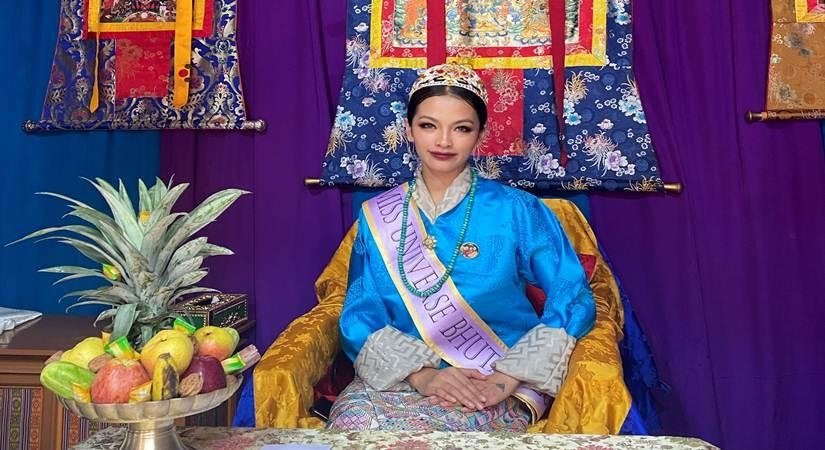 NEW ORLEANS, LA (IANS) – The Miss Universe 2022 pageant, which will be held here on January 14, and where India’s Harnaaz Sandhu will crown her successor, is planned to feature Bhutan for the first time ever. Bhutan received its first-ever Oscar nomination at the 94th Academy Awards in the same year that the tiny Himalayan nation solidly established its presence in the arts community.

Tashi Choden, 24, was crowned Miss Bhutan in 2022, at the third edition of Miss Bhutan. Stunning, outspoken, intelligent, and confident, she is a proud member of the LGBTQ+ community.

Born to a Bhutanese mother and a Tibetan father, Tashi was raised in Nagaland, India until the age of three. Tragedy struck and she lost her father when she was only four years old, and a decade later she also lost her mother, when she was just 14 years old.

Tashi was a popular model and actress before she was crowned Miss Bhutan. Her acting career has also taken off thanks to films like ‘Singye’ and ‘Nyingtob’.

She uses her platforms to speak for young people and promote issues that are important to her, like the rights of LGBTQ.