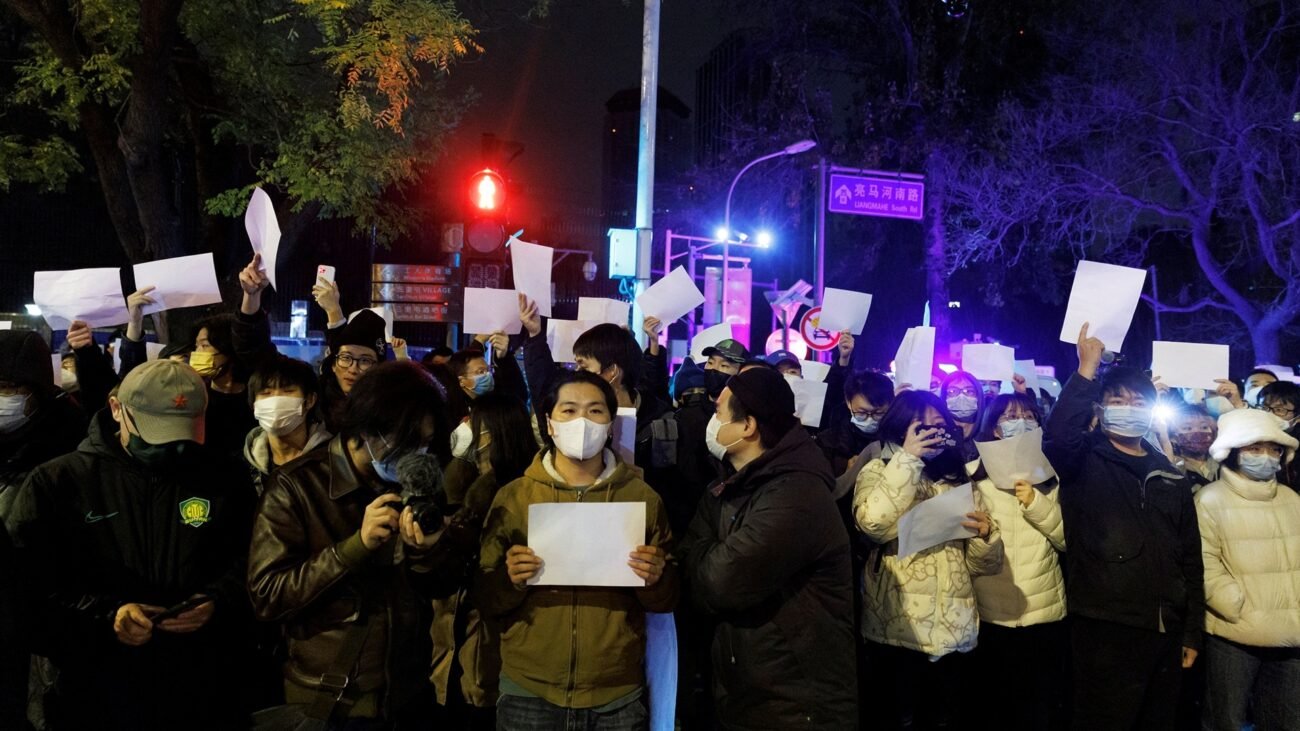 BEIJING, (IANS) – Blank sheets of paper have become an iconic item during the protests, which many now refer to as “white paper revolution”, “blank sheet revolution” or “A4 revolution.”

During various demonstrations across the country, people were seen holding a blank sheet of paper. Some say it’s a way to avoid censorship.

In a viral video said to be from November 26, a woman in the Communication University of Nanjing held a blank piece of paper before an unidentified man took it away.

In another video from later that night, dozens more students were seen on the campus holding pieces of white paper, standing in silence. Similar scenes occurred in other major cities over the weekend.

“There was definitely nothing on the paper, but we know what’s on there,” a woman who participated a protest in Shanghai told the BBC.

Paper maker Shanghai M&G Stationary has denied rumors that it has taken all A4 papers off shelves for national security reasons.

Blank pieces of paper have become a symbol of defiance for protesters in China, especially among students at universities. They are expressing their anger over the country’s Covid-19 restrictions. It is a form of silent protest, but a way for them to avoid censorship or being arrested.