HomeIndiaIndia and the worldBritish Prime Minister Boris Johnson to Visit India in April, Will Discuss Shared Vision for Sustainable Future 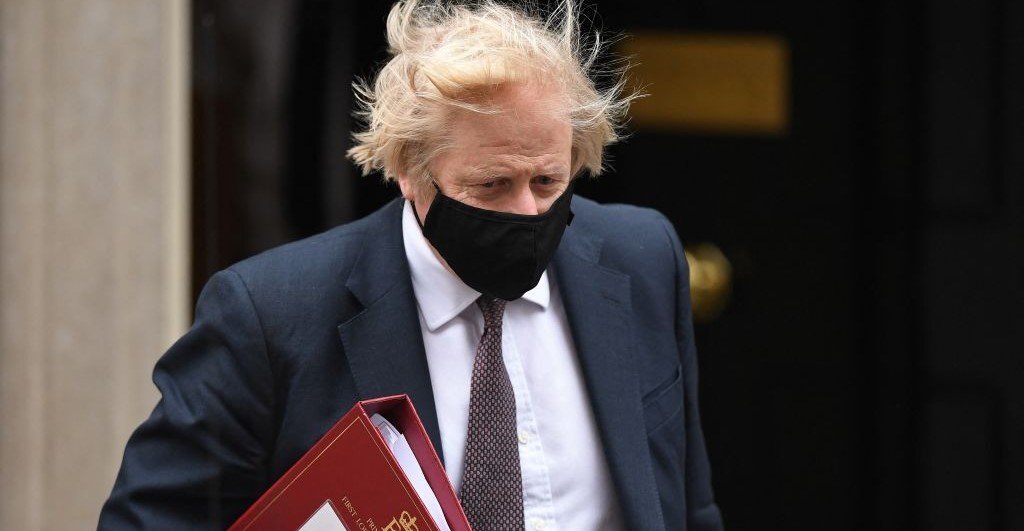 Britain’s Prime Minister Boris Johnson, wearing a protective face covering to combat the spread of the coronavirus, leaves 10 Downing Street in central London on March 17, 2021, to take part in the weekly session of Prime Minister’s Questions at the House of Commons. (Daniel Leal-Olivas/AFP via Getty Images)

LONDON – British Prime Minister Boris Johnson March 17 said he will discuss India and the UK’s shared vision for a sustainable future and other issues with Prime Minister Narendra Modi during his upcoming visit to India.

Addressing the International Conference on Disaster Resilient Infrastructure, Johnson lauded the Indian prime minister’s leadership in areas such as renewable energy in the global fight against climate change.

“We have a shared vision for a sustainable future for our nations and the global community – and I very much look forward to discussing this and many other issues with Prime Minister Modi on my upcoming visit to India,” Johnson said

“If our battle with COVID-19 has taught us anything over the past year, it is that we must be ready for whatever challenges may be coming next,” he said, adding, “And as the world’s climate change, we must not only do everything in our power to strive for global net zero and ambitious 2030 emissions reductions targets, but we must also adapt to its damaging effects – and build more resilience to disasters.”

Johnson is expected to visit India on April 26. Reliable sources said that the British prime minister may also visit a city outside Delhi during his visit.

“So I applaud my friend Prime Minister Modi for his commitment to this excellent initiative – the Coalition for Disaster Resilient Infrastructure,” he said.

“The UK is proud to be its co-chair, and I’m delighted that since its launch, the coalition has made such a great start with 28 countries and organizations now signed up,” he added.

Johnson had cancelled his planned India visit earlier this year due to a surge in COVID-19 cases in the UK. He was invited to take part in the Republic Day celebrations as chief guest.

The British prime minister recently announced that Britain would “tilt” its focus towards the Indo-Pacific region as part of its integrated review of government policy for the coming years.

India is a high priority for the UK. This is borne out by the fact that India will be the first country to be visited by Johnson after Britain’s exit from the European Union, a source familiar with developments said.

The UK is hosting the G7 summit in June where Prime Minister Modi is a special invitee. COP 26 is also scheduled to take place later in the year in the UK.