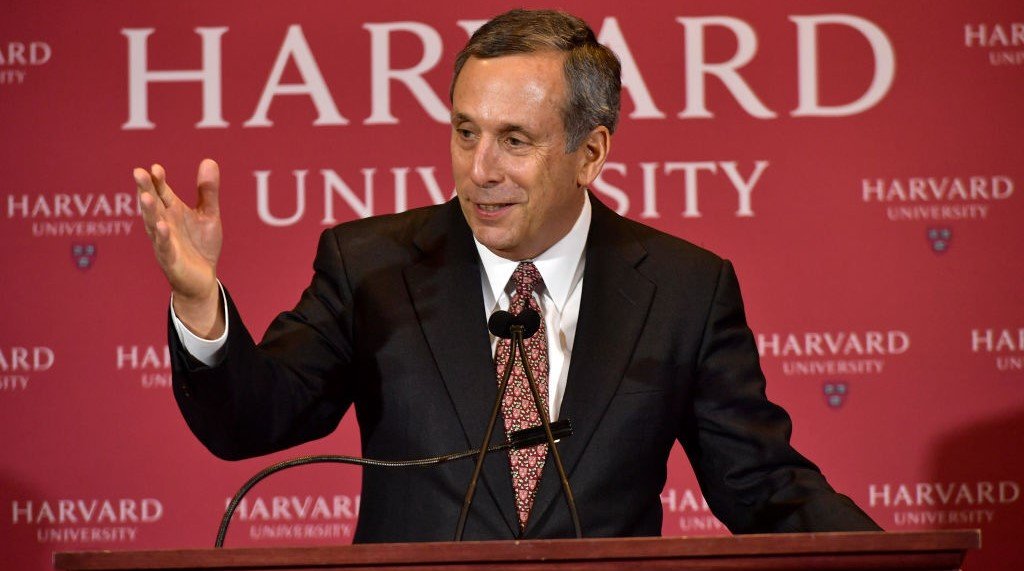 Yvonne Greenstreet, president of Alnylam Pharmaceuticals in Cambridge, Massachusetts, said the Biden administration needs to lift the nation’s cap on H-1B visas – used by many Indians in the U.S. – and allow more skilled workers to come to the country. And Harvard University president Lawrence Bacow (above) said Feb. 19 the U.S. needs to create more opportunities for international students to remain in the country for work. (Paul Marotta/Getty Images)

Speakers at the New England Business Immigration Summit, which was held virtually, highlighted federal immigration measures they argued would help the region and nation’s economies recover from the coronavirus pandemic.

Among the issues they stressed were increasing worker visas and creating a pathway to citizenship for millions of people living in the country illegally, starting with essential workers and those on Deferred Action for Childhood Arrivals, or DACA, and Temporary Protected Status, or TPS.

The northern New England states of Maine, Vermont and New Hampshire face “strong headwinds” that can only be reversed by an infusion of new residents and immigrants, argued David Greene, president of Colby College in Waterville, Maine.

The three states have among the oldest and least diverse populations in the nation, see more deaths than births annually and have seen stark declines in high school graduation rates in recent years, he said.

“These statistics should be ringing alarm bells for all of us who care about New England,” Greene said.

“Businesses in Maine do not have enough people to fill all their jobs,” he said. “Without immigration, Maine would have had a net population loss from 2010 to 2016.”

The country also needs to address delays and extended wait times for visas, as well as create more opportunities for international students to remain in the country for work, said Harvard University president Lawrence Bacow.

Colleges and universities have seen consecutive years of declining enrollment from international students in part because of the nation’s outdated immigration policies, he said.

“We’re at a critical turning point,” Bacow said. “We’re saddled with immigration laws that have not been revised in 30 years.”

Yvonne Greenstreet, president of Alnylam Pharmaceuticals in Cambridge, Massachusetts, said the Biden administration needs to lift the nation’s cap on H-1B visas and allow more skilled workers to come to the country.

“Great science needs global talent,” she said, noting that more than 20% of the country’s biotech industry is made up of immigrants. “Innovation requires diversity.”