HomeIndiaCongress Profile Photo Now a Picture of Nehru With Tricolor

Congress Profile Photo Now a Picture of Nehru With Tricolor 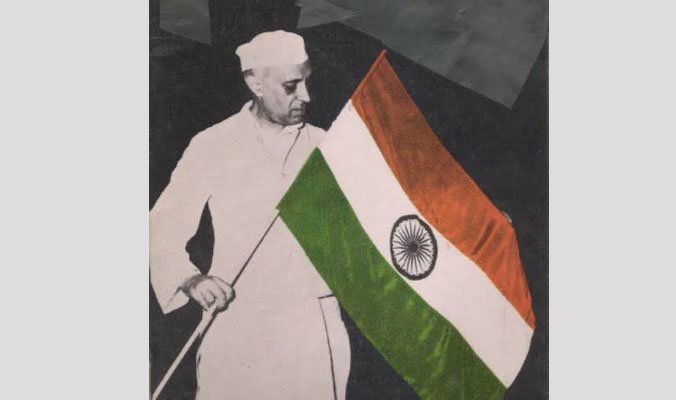 Congress Profile Photo Now a Picture of Nehru With Tricolor

NEW DELHI, (ANI) – The Congress Party on August 3 changed the profile photo of its Twitter handle to mark the 75th year of India’s Independence.

The Congress put a picture of former Prime Minister Pandit Jawaharlal Congress tweeted, “The tricolor is in our hearts, it is in our veins as blood. On December 31, Nehru with the tricolor.1929, Pandit Nehru while hoisting the tricolor on the banks of river Ravi said, ‘Now the tricolor has been hoisted, it should not be bowed’. Let us all make this tricolor our identity, which gives the message of the unbroken unity of the country. Jai Hind.”

Congress leader Rahul Gandhi also changed his profile picture and tweeted, “The pride of the country is our tricolor. Our tricolor is in the heart of every Indian.”

The Congress move also comes a day after Prime Minister Narendra Modi, on Tuesday, replaced his profile picture on Twitter and Facebook accounts with a photograph of the national flag as part of the ‘Har Ghar Tiranga’ initiative to mark the 75th year of India’s Independence. He has asked the people to put India’s national flag as the profile picture of their social media accounts between August 2 and 15.

Prime Minister Narendra Modi launched the ‘Har Ghar Tiranga’ campaign on July 22 to encourage people to bring the Tiranga home and hoist it to mark the 75th year of India’s independence. The idea behind the initiative is to invoke the feeling of patriotism in the hearts of the people and to celebrate Azadi Ka Amrit Mahotsav in the spirit of Jan Bhagidari.

The Congress on Wednesday dismissed the Centre’s Tiranga bike rally program terming it a ‘political program’.

Speaking to ANI, Congress MP Adhir Ranjan Choudhary said, “How can we join BJP’s political agenda? They (BJP) have ended our khadi, and now the national flags have started coming from China. If the government program is made a political program, we will not participate in it.”

“Everyone knows who a patriot is. Today, a disgusting conspiracy is being hatched against the newspaper which came out during the freedom struggle. As far as Independence Day is concerned, we will do our program,” added the Congress MP.

Chowdhury was speaking about the National Herald case, which pertains to the alleged financial irregularities under the Prevention of Money Laundering Act (PMLA) and was registered about nine months ago after a trial court took cognizance of an Income Tax department probe carried out based on a private criminal complaint filed by former Bharatiya Janata Party (BJP) MP Subramanian Swamy in 2013. The raids were conducted days after the investigative agency questioned Congress interim-president Sonia Gandhi for nearly three hours on July 27. It was the third round of questioning of the senior leader in the case.