HomeIndiaIndia and the worldIndia-Nepal Border Disputes Cast Shadow on Ties 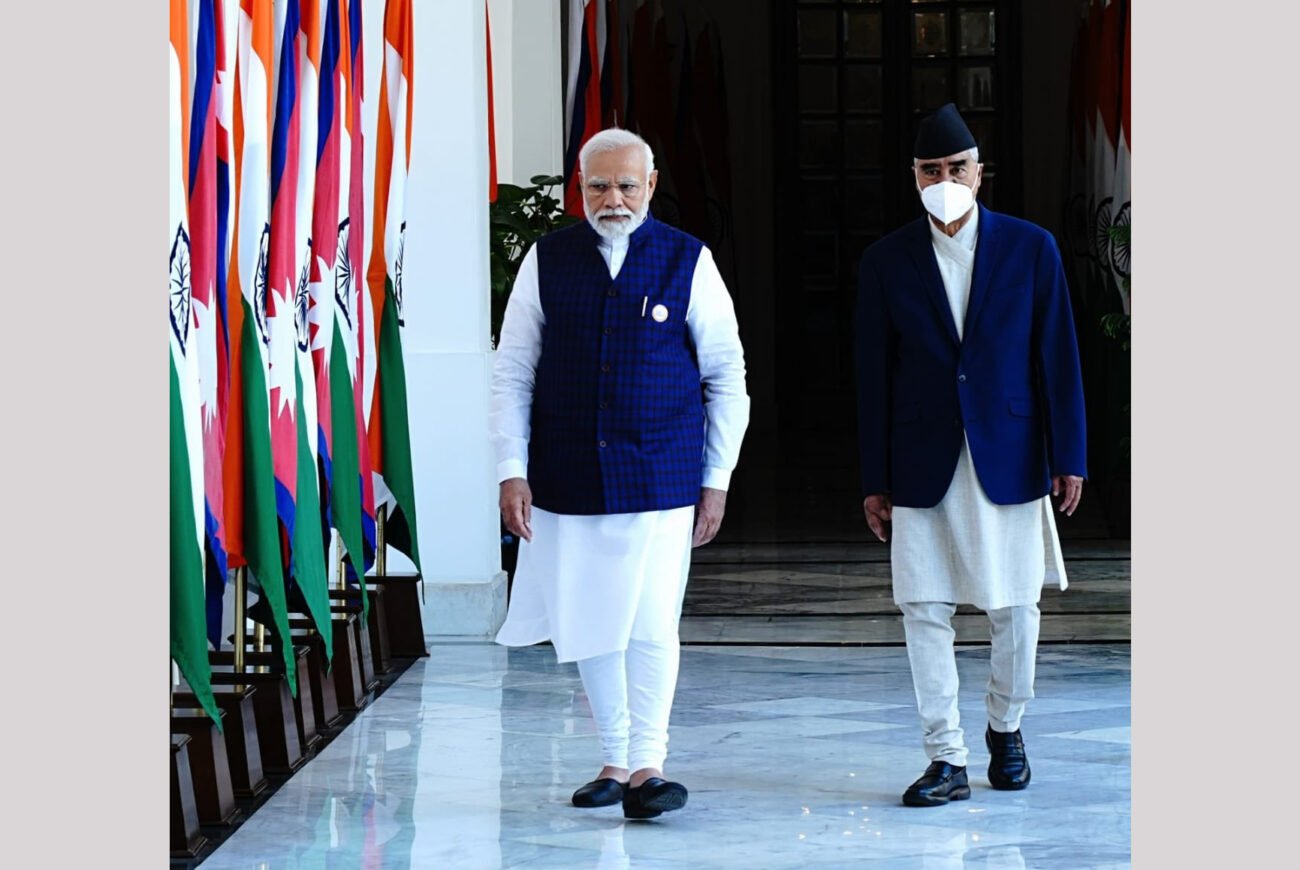 KATHMANDU (IANS) – One of the perennial irritants and outstanding issues between Nepal and India is the boundary dispute that has, for some time, caused major misunderstandings between Kathmandu and New Delhi.

After the India-China war of 1962, India made some military deployments in Kalapani which was occupied by Nepal since the Sugauli Treaty (1816) between the East India Company and Nepal’s then rulers. It was not known whether the decision was taken by the Nepal government or India sought permission from it to keep its military in Kalapani which has strategic importance because it is located between Nepal, India, and China.

The Kalapani dispute resurfaced after India unveiled its new political map in the first week of November 2019 and Nepal protested the decision by sending a series of diplomatic notes to India calling for talks to resolve the issue. India then said that the matter will be taken up through diplomatic means.

The issue exacerbated after Indian Defence Minister Rajnath Singh virtually inaugurated a new 8-km long road in the Himalayas, via Lipulekh, which also Nepal claims as its own territory. The then K.P. Sharma Oli government protested the road extension and accused India of changing the status quo without prior consultations with Nepal.

The road was to link India to Tibet and facilitate Indian pilgrims who wish to visit Mansarovar. Nepal had already protested the 2015 decision between India and China to expand the road via Lipulekh.

India and China, during the China visit of Indian Prime Minister Narendra Modi, had decided to develop trade corridors via Lipulekh but the Nepal government had protested.

The issue again resurfaced in 2020 after Rajnath Singh inaugurated the new road.

Protesting India’s unilateral decision to construct the road via Lipulekh, Nepal sent a couple of diplomatic notes to India and sought talks for a settlement. But India put off any such talks till the Covid pandemic raged.

Following India’s response, the Oli government unveiled a new political map of Nepal incorporating Kalapani and Lipulekh into its territory. Then, the two sides reached a “state of cartographic war”.

“The Government of Nepal has released a revised official map of Nepal today that includes parts of Indian territory, Anurag Srivastav, then spokesperson at India’s Ministry of External Affairs had said, adding that “this unilateral act is not based on historical facts and evidence”.

The issue then went on to the back burner. However, during the recent visit of Prime Minister Sher Bahadur Deuba to India, the boundary dispute resurfaced, after three years of hiatus, he raised the issue during the delegation-level talks with Modi.

“Now the door has opened for further negotiations with India… the way our Prime Minister has taken up the matter with India, we hope soon there will be some progress,” Buddhi Narayan Shrestha, a noted Nepali cartographer and former Director General at the Department of Survey, said.

After the delegation-level talks between Deuba and Modi on April 2 in Hyderabad House in New Delhi, the Nepalese Prime Minister said: “We discussed the boundary matters and I urged him (Modi) to resolve them through established mechanisms.”

Indian Foreign Secretaty Harsh Vardhan Shringla said that there was a general understanding on resolving the boundary issue. Addressing a press conference, he said that the issue was “briefly discussed”.

“There was a general understanding that both sides needed to address this in a responsible manner through discussions and dialogue in the spirit of our close and friendly relations. Politicization of such issues needs to be avoided,” he had said.

But an Indian statement issued after the Deuba-Modi talks was, however, silent on the issue.

Shreshtha said that with Deuba’s visit, the door for bilateral talks has opened and it is better for both sides to revive the existing mechanism.

“The Prime Ministers of Nepal and India in 2014 had set up a mechanism at the Foreign Secretary-level to deal and address the boundary dispute. They were told to get feedback and inputs from the technical level in order to resolve the dispute. Now the time has come for Nepal and India to revive the Foreign Secretary-level mechanism to settle and address the boundary dispute,” he said.

Relations between Nepal and India started to deteriorate in November 2019 after Delhi published a new map including Kalapani within its territory.

As the dispute resurfaces, Shringla had travelled to Nepal in end November 2020 and then Foreign Minister Pradeep Gywali travelled to India in July 2021. But both visits could not defuse the tension.

Again in January this year, a remark made by Indian Prime Minister Modi triggered a new ruckus in Nepal.

Addressing an election rally in Haldwani of Uttarakhand, he announced that his government had extended a road to Lipulekh and that there were more plans to extend it further.

Nepal’s political parties took umbrage at Modi’s statement, calling it uncalled for, and demanded that the Deuba government make a position and respond to India.

Main opposition CPN-UML criticized the government for failing to take the issue up with India, while calls grew within the ruling alliance also to send a note to India objecting to Mod’s statement.

On January 16, Nepal’s Communications and Information Technology Minister Gyanendra Bahadur Karki said that the government is firm and clear about the fact that the Lipulekh, Limpiyadhura, and Kalapani region east of the Mahakali river is an integral part of Nepal.

The Nepal government has been requesting the Indian government to stop unilateral construction/expansion of any road that goes via Nepali territory, he had said, adding that the “Nepal government is committed to resolving the border issues on the basis of historical treaties and agreements, facts, maps, and evidence through diplomatic channels as per the spirit of friendly relations between the two countries”.

The recent development between Nepal and India where both sides have shown their keenness to address the dispute is welcome but it takes some more time, say Nepali diplomats and officials.

Khadka’s statement assumes importance after Prime Minister Deuba publicly urged his Indian counterpart to resolve the boundary issue through the establishment of a bilateral mechanism.

There is a realisation at least at the top political leadership that boundary disputes should be addressed and not be left in limbo for a long time, Dinesh Bhattarai, former Nepali Ambassador and former foreign policy adviser to two prime ministers told IANS.

Since the Indian Foreign Secretary said that the issue should be addressed, it shows India has admitted and recognized the dispute, he added.

“The issue has been brought to the table and both sides should sit and find an amicable solution. It may take some more time, we may require to sit many times, and probably it may take years for negotiations to resolve it but we must sit at the table. Both sides should not provoke the situation because it is a sensitive issue and should be dealt with by diplomatic means and mechanisms,” said Bhattarai.