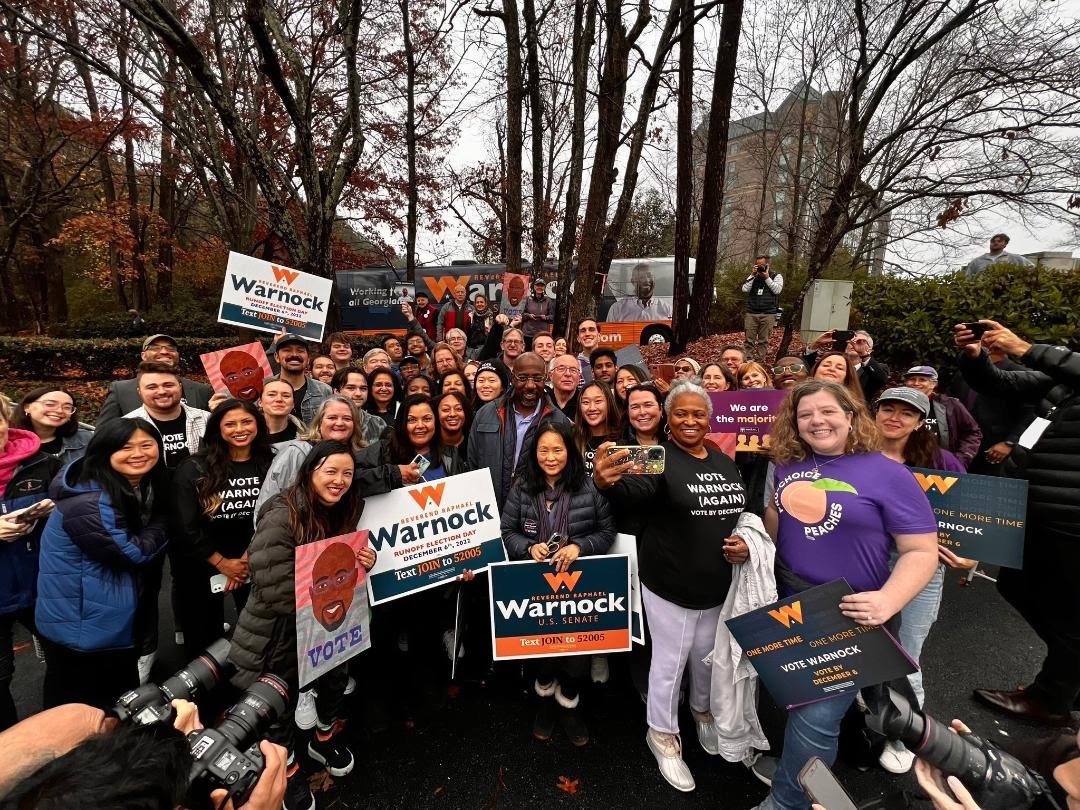 ATLANTA, GA – The final piece of the US 2022 midterm election fell into place on December 6 night with Democratic incumbent Raphael Warnock narrowly securing his re-election to the Senate giving his party a firm grip on the chamber in two years of divided government that will kick in next January.

Warnock fended off challenger Herschel Walker, a former American football star who ran with the blessing and culture war agenda of former President Donald Trump. Warnock won in a run-off election as neither candidate had secured more than 50 percent of the votes cast in the November elections.

Warnock, a pastor, closed the run-off race with 51.4 percent of the votes to Walker’s 48.6 percent.

South Asians for America (SAFA) was quick to point out it had helped turn out the AAPI vote in an unprecedented manner over the last three weeks to help reelect Warnock.

“As an organization, we have been laser-focused on building a national movement. This was clearly visible vis-a-vis the impact we have had on the ground in Georgia.  After transitioning from South Asians for Biden and founding South Asians for America, I did not anticipate that SAFA, an entirely volunteer-led organization, would grow to become one of the most impactful political organizing forces to mobilize the South Asian community in the United States in only a year and a half. I’m proud of the fact that we have built coalitions in virtually every state, and it is through the strength of those coalitions that we are able to amplify our outreach to South Asian and AAPI communities across the country, including Georgia,” said Neha Dewan, National Director, SAFA.

The election has wide-reaching effects with the House now under the control of the GOP and threatening to launch several investigations against the Biden administration and his family.

“Tonight, Georgia voters stood up for our democracy, rejected Ultra MAGAism, and most importantly: sent a good man back to the Senate. Here’s to six more years,” President Joe Biden said in a tweet, taking aim at Donald Trump and his brand of politics, wrapped in poll-slogan “Make America Great Again”.

Trump, who has announced a third run for the White House, is being blamed for the poor showing by the Republican party, his continued baseless claims of losing in a rigged election, and his backing of candidates of questionable winnability.

Midterm polls have been historically brutal for the party in control of the White House, especially the incumbent’s first mid-term. But Democrats defied history and predictions – losing control of the House narrowly and increasing their tally in the Senate.

Democrats were helped by a national outrage at a US Supreme Court decision overturning decades of constitutional protection for abortion, which galvanized the party and many independent voters, even in solidly Republican strongholds. (with inputs from IANS)