HomeFeaturedIndia’s 75th: A Gandhian Among The Nagas

India’s 75th: A Gandhian Among The Nagas 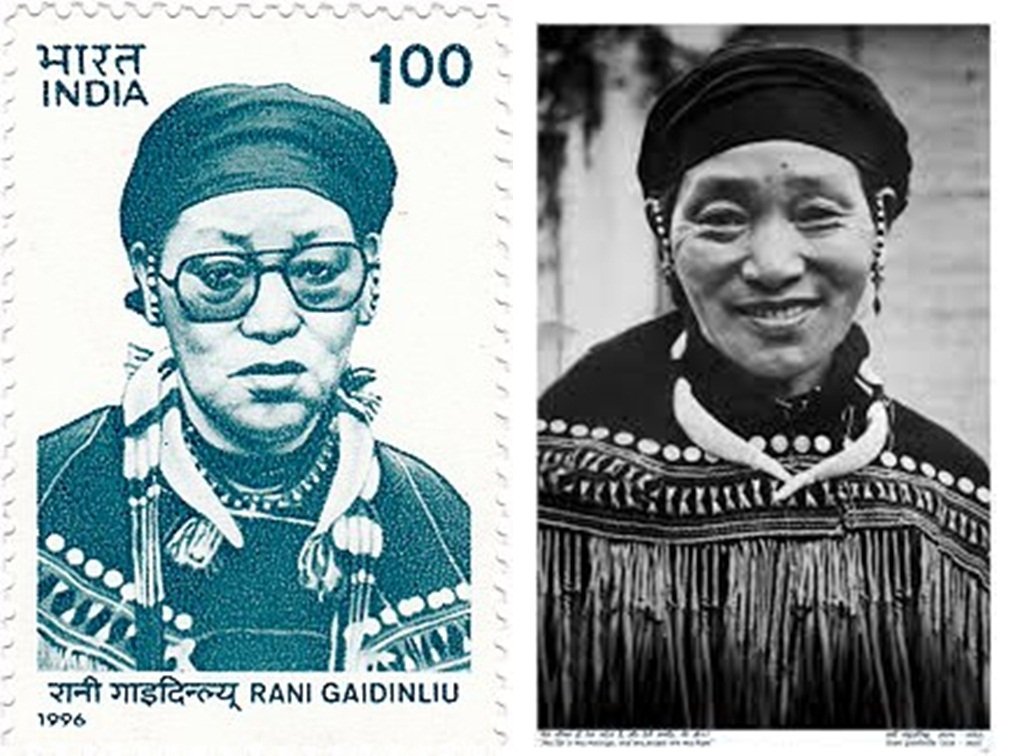 India’s 75th: A Gandhian Among The Nagas

NEW DELHI, (IANS) – Gaidinliu Pamei (January 26, 1915-February 17, 1993) belonged to the Rongmei Naga tribe that was part of the larger Zeliangrong Naga community that lived in settlements across present- day Manipur, Nagaland, and Assam.

She was just 13 when she joined the Heraka religious movement of her cousin Haipou Jadonang, who tried to standardize traditional Naga beliefs at a time when Christianity and Vaishnavism were making inroads into Naga territory. The movement later morphed into a revolt against British rule in India largely based on Gandhian concepts.

Anu Kumar writes in ‘Her Name Was Freedom: 35 Fearless Women Who Fought for India’s Independence’, “The non-cooperation resistance advocated by Jadonang echoed Gandhi’s message. Jadonang had come to know of Gandhi during his own visits to Cachar in Assam and had even composed a song in Gandhi’s honor. A plan for them to meet fell through when Gandhi’s visit to the region was abruptly halted by the British police.”

Jadonang, however, was falsely accused of killing four Maitei traders and was hanged by the British after which the Zeliangrong regrouped under the leadership of Gaidinliu. Days after becoming the movement’s leader, Gaidinliu insisted on continuing the anti-British struggle in the same way as before. She issued similar calls – urging people not to pay taxes and striking against the British outposts with her small guerrilla fighting units.

Like Jadonang, Gaidinliu too sought inspiration from Gandhi, whose appeal had by this time spread across India. She used his name in messages to her people and soldiers, trying to introduce them to Gandhian ways of Civil Disobedience. She also popularized the song that Jadonang had written in praise of Gandhi.

The British authorities launched a manhunt for her. She evaded arrest by the police, moving across villages in what are now Assam, Nagaland and Manipur.

Her forces engaged the Assam Rifles and Gaidinliu moved to the Pulomi village, where her followers started building a wooden fortress. Even as the fortress was under construction, an Assam Rifles contingent launched a surprise attack on October 17 and Gaidinliu, along with her followers, was arrested and sentenced to life imprisonment.

Jawaharlal Nehru met her five years later in Shillong Jail and promised to pursue her release. He also gave her the title of ‘Rani’ and she gained local popularity as Rani Gaidinliu.

She was released in 1947 after India’s Independence and continued to work for the people. An advocate of the ancestral Naga religious practices, she staunchly resisted the conversion of Nagas to Christianity.

Gaidinliu was opposed to the insurgents of the Naga National Council who advocated secessionism from India, instead campaigning for a separate Zeliangrong territory within the Indian Union.

The NNC leaders considered her actions an obstacle to their own movement, while the Baptist leaders deemed the Heraka revival movement anti-Christian. This prompted her to go underground in 1960.

In 1966, after an agreement with the Indian government, Gaidinliu emerged from her jungle hideout to work for the betterment of her people through peaceful, democratic, and non-violent means.

She was honored as a freedom fighter and was awarded a Tamrapatra in 1972, the Padma Bhushan in 1982 and the Vivekanand Seva Award in 1983.