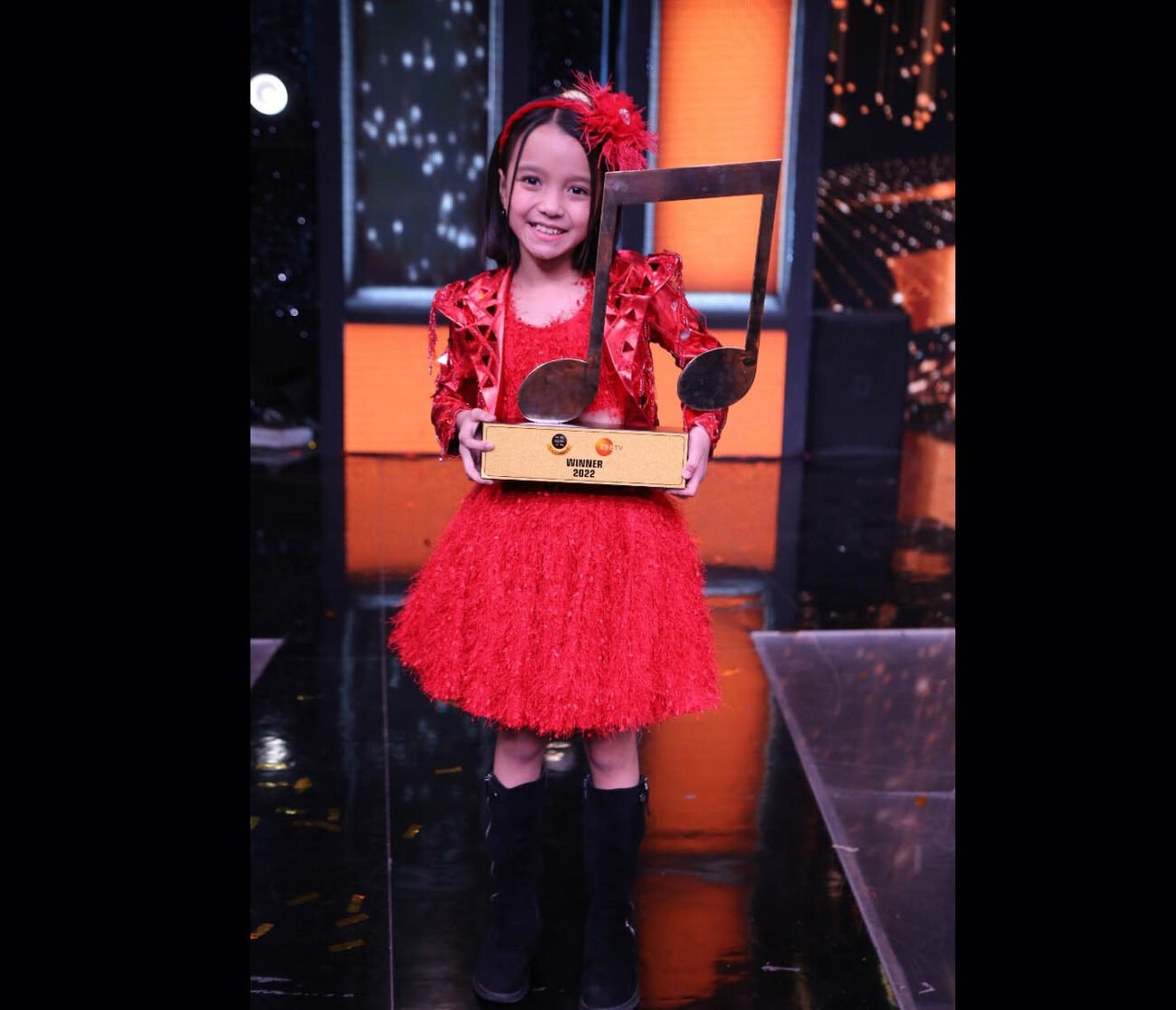 The show, which started on October 15, 2022, concluded with a grand finale, and was attended by celebrity guests, notably Bollywood star Jackie Shroff, filmmaker Anurag Kashyap and music director Amit Trivedi.

During the final episode, there was a tough competition with the top six contestants putting up their best act. Harsh Sikandar, Rafa Yeasmin, Atharv Bakshi, Atanu Mishra, Jetshen Dohna Lama and Dnyaneshwari Ghadge were in the top six, but it was Jetshen who took home the trophy.

Jetshen was last praised by Hema Malini, who compared her voice to that of the legendary Lata Mangeshkar.

Jetshen was named the winner and awarded the trophy by the judges Shankar Mahadevan, Anu Malik and Neeti Mohan. Harsh Sikandar, 9, and 12-year-old Dnyaneshwari Ghadge were named first and second runners-up respectively.

During the episode, Jackie Shroff played the manjira and Amit Trivedi requested Jetshen to sing ‘Pareshaan’ with him on the stage.

A big fan of rock music, Jetshen started singing at the age of three. After winning the trophy, the nine-year-old shared her excitement and said in a prepared statement: “This is like a dream coming true. The competition was tough as all the contestants are very talented. My journey has been a great learning experience for me, and I am grateful to all my mentors who have constantly supported me and helped me understand my potential as a singer.”

She concluded by noting: “I am definitely taking a bundle of memories along with me and looking forward to my new singing journey.”

Commenting on Jetshen’s performance, Mahadevan said: ‘Jetshen has been consistently performing at the highest level throughout the season and been working towards perfecting her singing skills week after week. I have really seen her grow as a singer this season.”