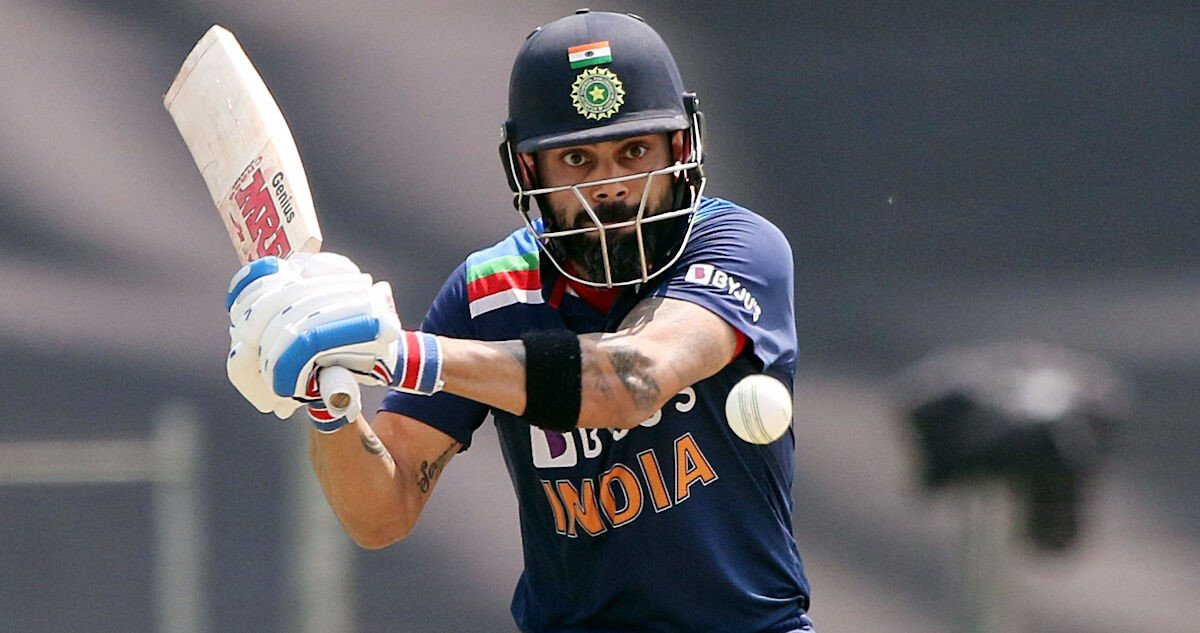 Indian skipper Virat Kohli plays a shot during the second ODI between India and England at the Maharashtra Cricket Association Stadium in Pune March 26. (BCCI/ANI photo)

The India captain was finally overhauled in the ODI player rankings after 1,258 days at the summit, with Pakistan captain Babar Azam becoming the new No. 1 April 14.

Babar made the jump courtesy of his 82-ball 94 in Pakistan’s win against South Africa last week.

Babar is also No. 6 in the test rankings and No. 3 in the Twenty20 rankings.