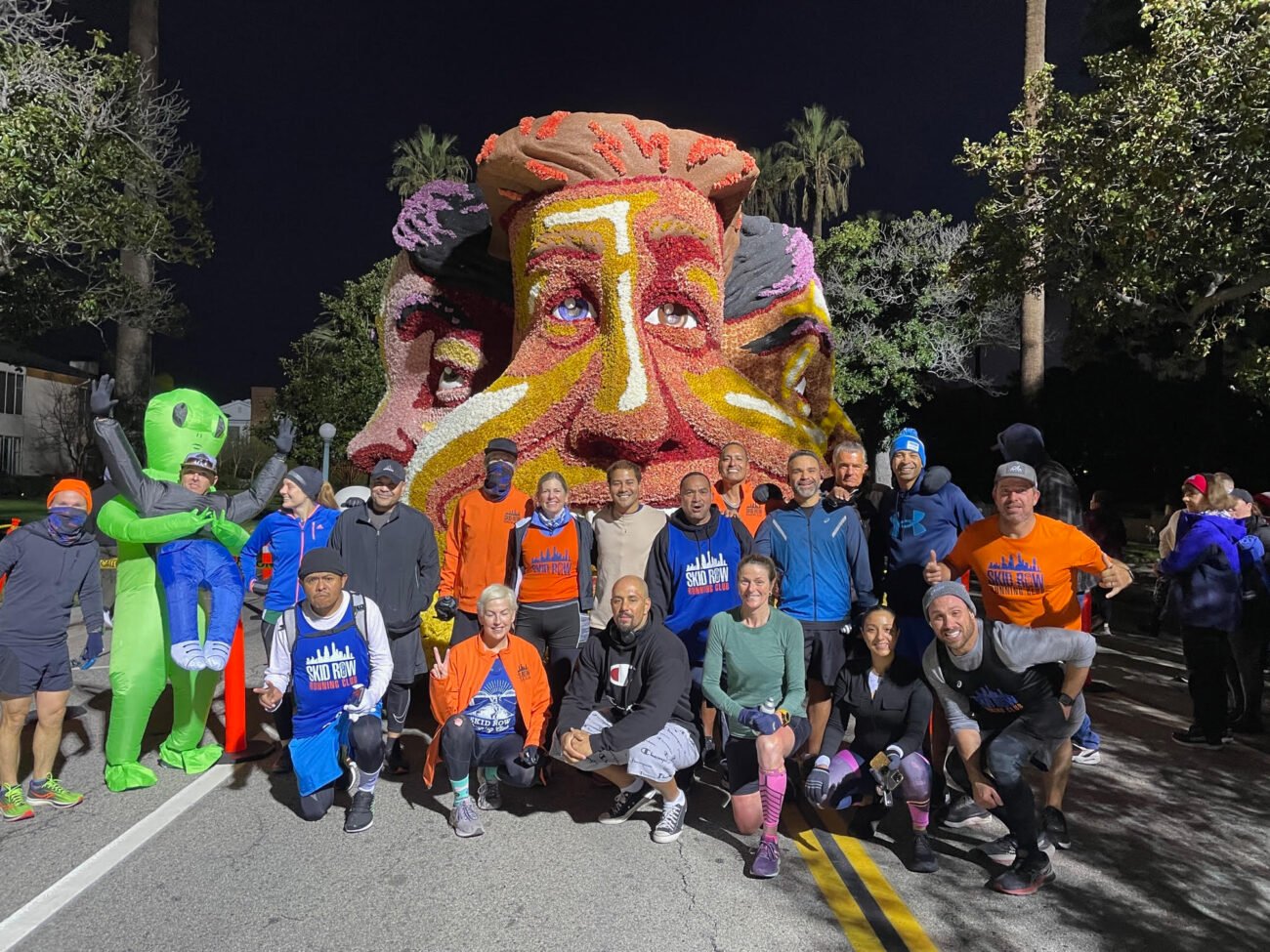 A contingent from the club ran during the famed Rose Parade of Southern California in  2022.

By TRACY A. HUNT

LOS ANGELES, CA – On February 22, members of the Skid Row Running Club, based in Los Angeles, will board Singapore Air flight SQ11 and make their way from LAX to India’s capital to participate in a once-in-a-lifetime trip culminating in running the New Delhi Marathon.

This will be the first international flight for many of those traveling – and some could never have imagined they would have this opportunity.

There are 60 people traveling to India, 15 of whom are current or former residents of the Midnight Mission in Skid Row.  Others are in active recovery and the rest are mentors.

Those who are gainfully employed are paying their own way and the club covers the majority of the costs for those in recovery or who are housed in shelters.  Others raise additional funds on their own so that their Midnight Mission friends can enjoy nice meals and excursions on the trip.

In addition to Delhi, the group will spend time in Agra and Jaipur where they will visit temples, mosques and historical sites.

The club’s founder, Judge Craig Mitchell, strongly believes that travel is one of the components to addiction recovery as it allows people to experience the world and circumstances outside of themselves.  Each year the club takes a trip to a destination that features an international marathon.  Past trips have included Ghana, Rome, Vietnam, Israel, Jordan, Ecuador and Egypt. This year India was chosen for its vast history and rich culture.

The club is a 501(c)(3) nonprofit funded entirely by donations. If you happen to find yourself in Downtown Los Angeles on any given Monday morning you may witness an unusual sight – there among the people waking up in tents along the garbage-lined sidewalk is a group of men and women who’ve just completed a 5-mile run.

These are the members of the world-renowned Skid Row Running Club. Founded in 2012 by L.A. Superior Court Judge Craig Mitchell, the Club’s intention is to empower those experiencing homelessness, in recovery, and struggling with addiction, to go beyond their current circumstances and reach for the stars. Since its inception, the Club has transformed countless lives and has had dozens of success stories.

It is estimated that over 8,000 homeless people, many of whom suffer from substance abuse and/or mental illnesses, can be found within the 50 city blocks of the Skid Row area. The Club’s members come from all walks of life – from those who are currently experiencing homelessness and are housed at local missions to doctors, lawyers and others who enjoy the camaraderie that the Club brings.

In 2017 a documentary based on the Skid Row Running Club was released. The incredibly inspiring film, Skid Row Marathon, centers around Judge Mitchell and several members of the Club as they train for their first international marathon.