HomeIndiaIndia and the world‘Made In India’ Cough Syrup Kills 18 In Uzbekistan. 40% Of Generic Meds In US Come From India

‘Made In India’ Cough Syrup Kills 18 In Uzbekistan. 40% Of Generic Meds In US Come From India 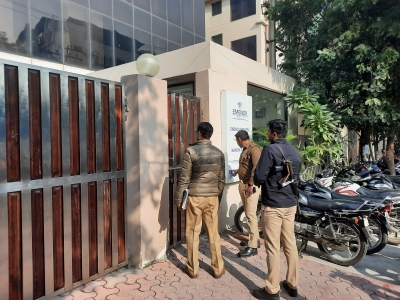 ‘Made In India’ Cough Syrup Kills 18 In Uzbekistan. 40% Of Generic Meds In US Come From India

NEW DELHI, (IANS) – After Uzbekistan’s Health Ministry said that the Noida based company Marion Biotech’s cough syrup was responsible for the death of 18 children, India-made drugs have sparked new safety concerns across the globe. In October this year, the World Health Organization (WHO) issued a global alert over four cough syrups that were linked to the deaths of almost 66 children in The Gambia.

The WHO found the syrups used there — made by an Indian pharmaceutical company — contained “unacceptable amounts” of diethylene glycol and ethylene glycol. The syrups have been “potentially linked with acute kidney injuries”, said the organization. The WHO had said the cough and cold syrups were “potentially linked with acute kidney injuries and 66 deaths among children in Gambia”.

In the same month, the deaths of nearly 100 children in Indonesia prompted the country to suspend sales of all syrup and liquid medication. Indonesia said some syrup medicine was found to contain ingredients linked to acute kidney injuries which have killed 99 young children this year.

According to the BBC, some 40 percent of over-the-counter and generic medicines sold in the US and a quarter of all medicines dispensed in the UK come from India.

“Outside the US, India has the greatest number of drugs making plants – 800 – that are compliant with the US health and safety requirements,” according to the report.

The Ministry of External Affairs on December 29 said that Uzbekistan has initiated legal action in the cough syrup death row.

Meanwhile Marion Biotech Pharma company has said that it has sent samples of the said cough syrup for testing and has also halted the production of the product. Haris Hasan, the Legal Head of Marion Biotech, expressed grief over the deaths on behalf of the company and said that an inquiry in the matter was being conducted by the government.