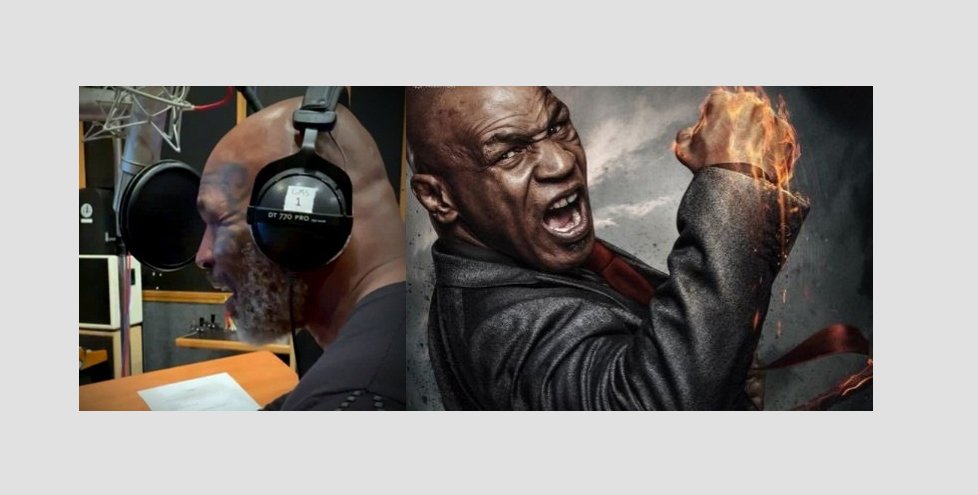 As the former professional boxer had wrapped up the shooting earlier, he has now completed dubbing his part for the movie.

As the same information was updated by the producers of ‘Liger’, they had released a short video in which Tyson can be seen working on the dubbing part.

“Thank you very much for being kind to me. I’m very grateful,” said Mike Tyson in the video, as he wraps up the dubbing for his role.

Directed by Puri Jagannadh, the movie is based on the story of an underdog, who rises as an MMA fighter.

Also featuring Ananya Pandey as the female lead, ‘Liger’ is one of the most ambitious projects for the ‘Pelli Choopulu’ actor.

In association with Puri Connects, the film is being produced jointly by Bollywood’s leading production house Dharma Productions.

Puri Jagannadh, Charmme Kaur, Karan Johar, and Apoorva Mehta together are bankrolling the film on a grand scale.

Vishnu Sarma is handling the cinematography, while Kecha from Thailand is the stunt director.

Being made in Hindi, Telugu, Tamil, Kannada, and Malayalam, the movie is scheduled for release in theatres worldwide on Aug. 25.