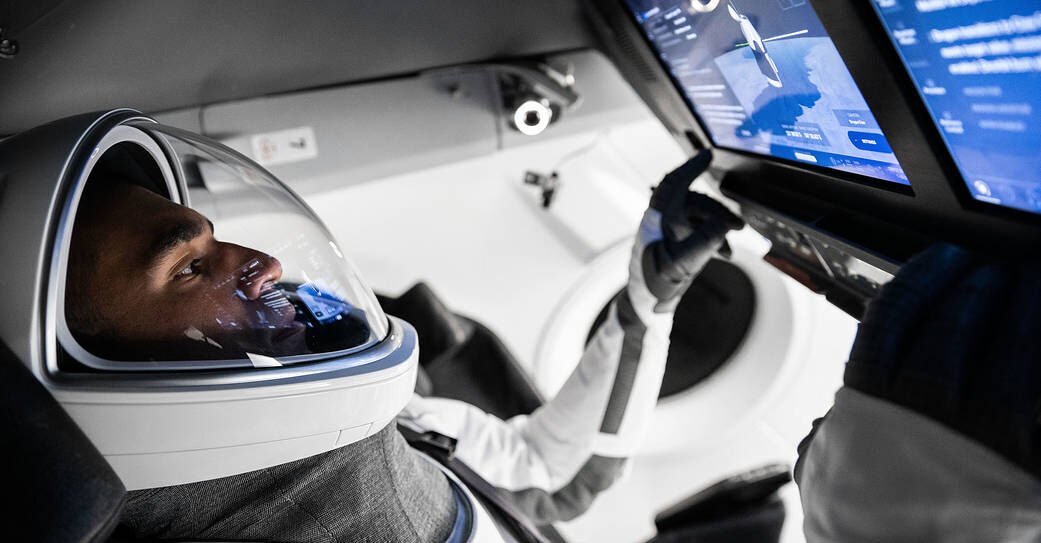 NASA’s SpaceX Crew-3 mission will carry, besides Commander Chari, NASA astronauts Tom Marshburn and Kayla Barron as well as European Space Agency astronaut Matthias Maurer aboard a Crew Dragon spacecraft on a Falcon 9 rocket to the space station. The mission is scheduled to launch from Launch Complex 39A at NASA’s Kennedy Space Center in Florida, according to a NASA press release.

Chari had been selected by NASA to join the 2017 Astronaut Candidate Class and reported for duty in August 2017. The Iowa native graduated from the U.S. Air Force Academy in 1999 with bachelor’s degrees in astronautical engineering and engineering science. He earned a master’s degree in aeronautics and astronautics from Massachusetts Institute of Technology and graduated from the U.S. Naval Test Pilot School. He also logged more than 2,500 hours of flight time in the F-35, F-15, F-16, and F-18.

The Crew-3 mission is part of NASA’s Commercial Crew Program and is the third time that a SpaceX Crew Dragon spacecraft and Falcon 9 rocket will carry astronauts to the International Space Station for a long duration mission.

This is the first spaceflight for Chari, Barron, and Maurer. It is the third for Marshburn. The crew will complete a six-month science mission aboard the microgravity laboratory in low-Earth orbit.