HomeArts/BooksNehru’s Contests Were Always Over Ideas, Not Personal Interests

Nehru’s Contests Were Always Over Ideas, Not Personal Interests 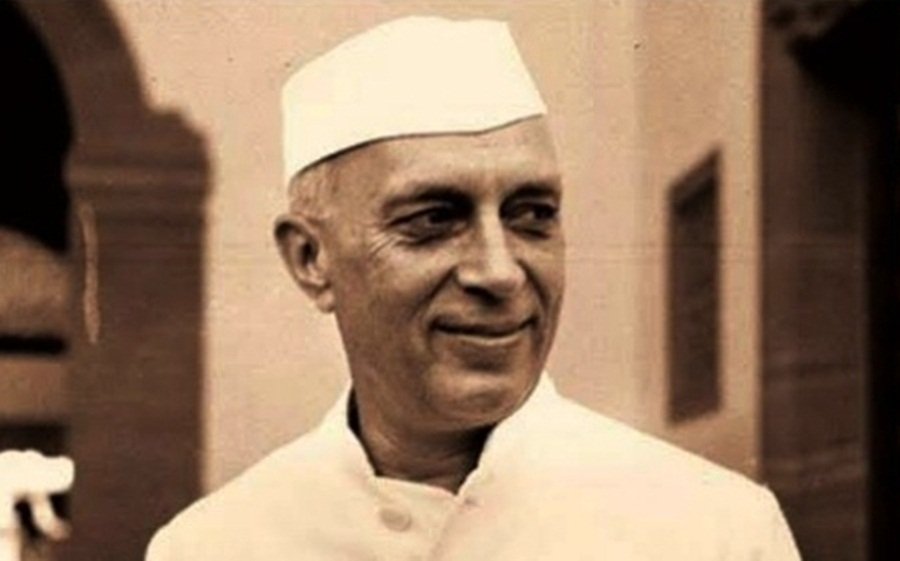 Nehru’s Contests Were Always Over Ideas, Not Personal Interests

By TRIPURDAMAN SINGH And ADEEL HUSSAIN

(From ‘Nehru: The Debates that Defined India’, HarperCollins)

As Gandhi once described to the Viceroy, Lord Linlithgow, Jawaharlal Nehru\ had the capacity to argue for days together “with a passion that I [Gandhi] have no words to describe”.

Some of the most profound questions in South Asian history were debated this way, many of which continue to remain unresolved, bedeviling the contemporary world as intensely as they did Nehru’s — for example, questions about Muslim representation, about the role of religion in public life, the sanctity and inviolability of Fundamental Rights, or India’s relations with Pakistan and China. These hugely consequential debates decisively influenced political events, generating enduring repercussions.

“Nehru’s contests were always over ideas, never any personal interests of his own,” argued (Walter) Crocker (and other biographers), “though he waged them without quarter and provoked a good deal of personal enmity.”

This is, of course, not strictly true, because there was often more than a tinge of instrumental rationality about many of these contests — especially when Nehru contested the views of his peers.

The ways in which he waged these conflicts, the tools that he deployed and the reasoning he provided marked each such contest as a part of Nehru’s maneuvering for short-term gain and acquiring and consolidating political power; they expressed his tactical and strategic side as much as they did the visionary and the ideational. Engaging in these contests, Nehru and his contemporaries delineated their ideological positions, offered competing visions and configurations for the future, and staked out the political terrain — with consequences that reverberate to this day.

This book shines a spotlight on four such consequential debates that Nehru engaged in: with the poet-philosopher Muhammad Iqbal, with the Muslim League leader and the founder of Pakistan Mohammad Ali Jinnah, with his colleague and deputy Sardar Vallabhbhai Patel and with his first counterfoil in Parliament, Shyama Prasad Mookerjee.

With Jinnah, Nehru exchanged rancorous letters on Hindu-Muslim relations and the demands of the Muslim League. With Iqbal, he contested the meaning of Muslim solidarity, and the role of religion and religious orthodoxy in public life. Patel and Nehru crossed swords over India’s policy towards China and Tibet. And with Mookerjee, Nehru clashed in Parliament over civil liberties and the First Amendment to the Constitution.

All four debates represent critical junctures in South Asian history, moments that decided which way the pendulum of events would swing. Each debate is thus a crucial part of the events that followed: unbeknownst to them, for example, Nehru and Jinnah’s arguments were the opening act of Partition, in the same way as Patel’s confrontation with Nehru contained the seeds of 1962.

“Nehru’s political career was rooted in a vision of a new India,” stated Judith Brown, one of Nehru’s biographers, “… [and] appreciating the origins and power of this vision is essential for an understanding of the man.”

This is indeed true, as almost all his biographers have noted. Nevertheless, it is also true that translating this vision into policy meant leaving the world of visions and interacting with the more mundane world of politics, where arguments and alternatives put forward by his contemporaries had to be disarmed (or often dismissed), opponents confronted and outmaneuvered, compromises struck, choices made, events responded to and, more importantly, Nehru’s own grip on political power enhanced.

It is equally true that Nehru’s personality, complex and contradictory in equal measure, heavily influenced his politics. Combining hard work, charm, idealism and ruthlessness with vanity, petulance and frequent (and famous) outbursts of temper, Nehru’s predilections and prejudices, his likes and dislikes, had a great bearing on his relationships with his contemporaries, and his engagement with their ideas.

Nehru’s political career was rooted not only in his vision, but also in the exigencies of practical politics and the personal relationships he shared – an aspect of his politics that admirers tend to play down as much as detractors like to play up.

In this setting, engagement with other political actors was as instrumental as it was ideational, and as personal as it was public. If Nehru the visionary was an idealist, then Nehru the political actor was as much a hard-nosed realist. Nehru’s vision is part of the story; so is the intersection of his vision with the wider political world he operated in.

Nehru’s writings and public utterances accordingly must be seen in this light — as tools of both intellectual and strategic engagement with other political actors, and as a method of positioning himself in and navigating through the fraught politics of the pre-Nehruana years.

Appreciating the origins and power of Nehru’s vision of India — which, as Brown contends, is essential for an understanding of the man — thus must be complemented by an appreciation for, and an understanding of, how that vision emerged at the intersection of Nehru’s ideas, the ideas of his contemporaries, the vagaries of practical politics and the foibles of Nehru’s own personality. Examining his debates enables us to do this.

Reproduced here in their original form, along with introductions that provide the historical contextualization and intellectual scaffolding needed to understand them in their entirety, the four debates between Nehru and his contemporaries together provide an intimate insight into the man and his ideas — as they took shape in the crucible of politics, squared up to the ideas of opponents and colleagues alike, and demarcated their position in the public realm.

They give us a first-hand glimpse of Nehru in action, giving us an incisive view into the process through which his ideas came to triumph over those of his contemporaries and allowing a more composite picture of Nehru to emerge.

As many of the foundational questions Nehru was debating — the sanctity of the Constitution and the freedom of speech, the role of religion in public life, Muslim representation, the dynamic with China — have been resurrected as matters of raging dispute in India, and Nehru’s legacy (and Nehruvian shibboleths) have come to be questioned like never before, revisiting these debates has become both pertinent and timely.

It is instructive to note in this context how commentators and analysts, when making sense of present-day situations, frequently turn to Nehru and to the debates with his contemporaries. In June 2020, for example, as a new Sino-India dispute erupted in the Himalayas, Quint ran an article headlined, ‘Would China Have Won in 1962 if Nehru Had Listened to Patel?’, testifying to the long afterlives of these debates and their ability to impinge on the present in multitudinous ways.

Today, Nehru may no longer be alive to answer his critics, but his ideas nonetheless remain locked in ideological combat, reviving debates that many had thought settled by history. In the heat of battle, they are frequently misrepresented or misinterpreted by all sides, not only because of partisan politics but also because Nehru, mediated through interlocutors, was many things to many people.

As one of his biographers, B.R. Nanda, remarked, “To the conservatives he was an extremist, to the Marxists a renegade, to the Gandhians a non-Gandhian, and to Big Business a dangerous radical.” (IANS)