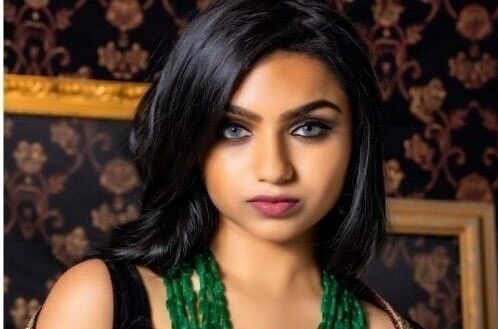 Glamor, glitz, film, fashion, and fun. If Indian American student Sia Parikh from Ohio had to describe her debut Cannes outing, this is probably how she would do it.

The 16-year-old dancer/model and aspiring actress appeared as a model for renowned fashion designer and producer Andres Aquino at the Global Short Film Awards, Cannes. She was dressed up by the Indian American designer and founder of the South Asian fashion house Designer Dream Collection, Anjali Phogut.

Parikh’s father is an IT professional, and her mother is a social worker and professional photographer.

Parikh’s story is also attracting headlines because of what she overcame to get ahead in life. Parikh was always teased for her short frame and because of that her confidence took a hit.

“Initially, I never felt uneasy about my height but when my schoolmates started growing tall, the teasing started. My confidence was somewhat shaken as I felt that being tall is necessary for a good appearance,” the Times of India quoted Sia as saying.

But her mother’s words changed her world, according to the publication.

“I told her that to succeed in life, one needs to have confidence and talent. Having short height isn’t a disadvantage and she can achieve anything she aims for,” her mother Sheetal told the Indian publication.

“We were trying to get her into the Cannes film festival,” Sheetal said. “Some months ago, a designer liked her photographs, and she was signed by two luxury brands to represent them in the Global Short Films Awards gala in Cannes.”

Sia, who is learning Kathak, now aims to initiate an awareness campaign among youngsters to discourage body shaming.