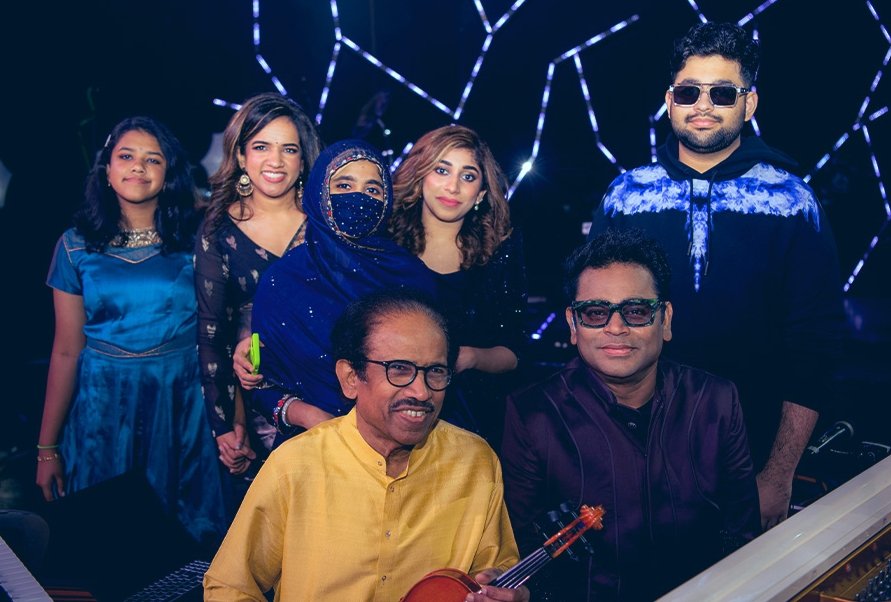 MUMBAI, (IANS) – Oscar and Grammy-winning composer A.R. Rahman has teamed up with renowned violinist Dr. L. Subramaniam to honor the art and legacy of the late musician professor V. Lakshminarayana and to celebrate commonality and the gift of life virtually at the Lakshminarayana Global Music Festival.

The collaboration is symbolic of the friendship between their families which goes back two generations. The tale goes that Rahman’s father, composer, arranger, and musician RK Sekar, and Subramaniam’s father, Prof. V Lakshminarayana, used to live on the same street in Mylapore, Chennai. The prodigious musical folks have been in artistic and goodwill communion since.

The special collaboration centers on ‘Don’t Leave Me’, a song composed by Dr. L. Subramaniam, that Rahman grew up with.

About the rendition of ‘Don’t Leave Me’, A.R. Rahman said: “Here we are, three generations, virtually, at the Lakshminarayana Global Music Festival. The friendship between our two families goes back two generations, when my father, composer, arranger and musician R.K. Sekar, and Prof. V Lakshminarayana, who is responsible for making the Indian violin globally known, used to live in the same street in Mylapore, Chennai”.

He further mentioned: “In celebrating and honoring the violin virtuoso, Dr. L. Subramaniam’s father, Prof. V Lakshminarayana, our families have come together to perform a song I grew up with, ‘Don’t Leave Me’, composed by Dr. L.S. whose timeless instrumentation and compositions continue to enrich, inspire, and influence all generations. Joining Dr. Subramaniam and me, in performing my favorite track, are my children Khatija Rahman, Raheema Rahman, AR Ameen, and L. Subramaniam’s daughter Bindu Subramaniam and granddaughter Mahati Subramaniam, along with my dear friend and percussionist, Sivamani.”

It opens with a spellbinding improvised composition by Rahman and Subramaniam who are joined by Sivamani as they render a delicate piano, violin and percussive intro. It also features a spoken word performance by Bindu Subramaniam that’s dedicated to her grandfather, Prof. V Lakshminarayana.

Rahman added: “Through this collaboration, we celebrate music and friendship, and hope that this tribute brings people together to not think about their differences but to see how we may all unite to create art and change.”

About the collaboration, L. Subramaniam said: “It gives me immense pleasure and honor to collaborate with one of the greatest film composers and a visionary musician ARR. We have recorded a composition called ‘Don’t Leave Me’ which is dedicated to my father and guru Prof. V Lakshminarayana”.