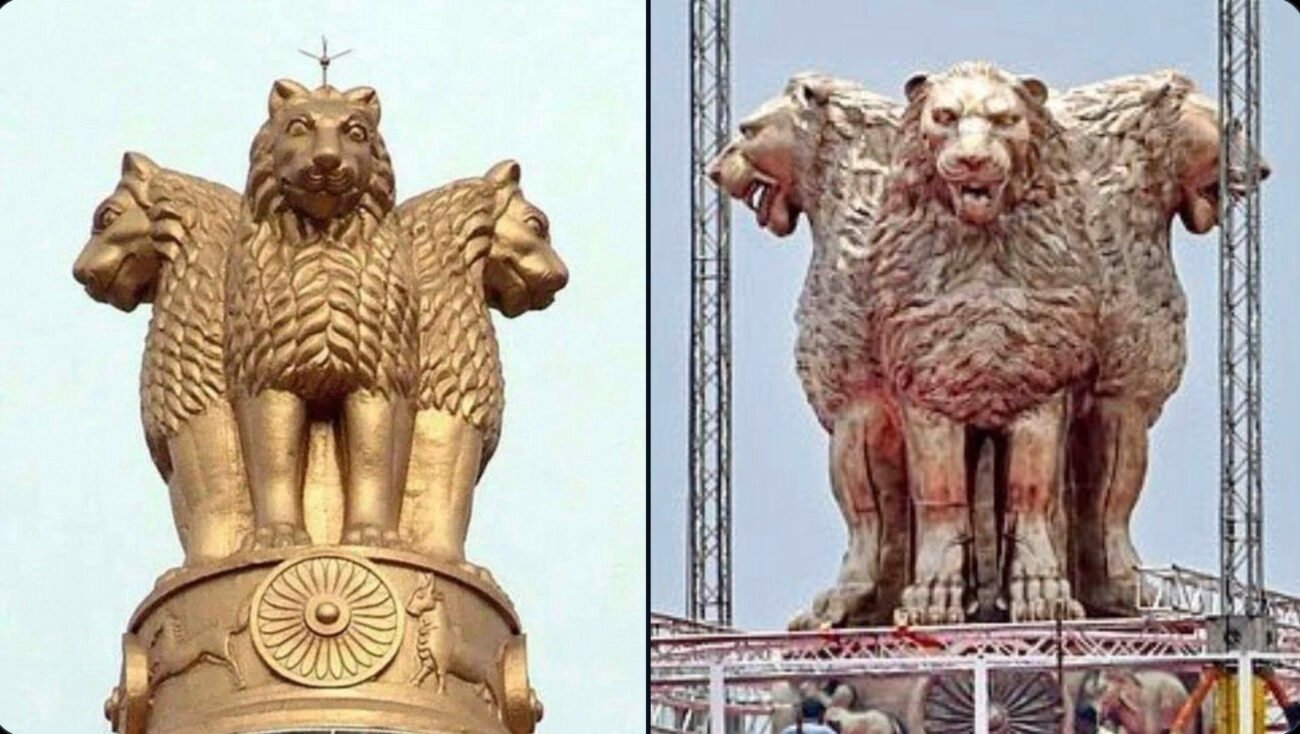 NEW DELHI, (IANS) – As the politics over the newly unveiled cast of the ‘National Emblem’ on the roof of the new parliament building escalate, the government said that it is an adaptation from the Sarnath Lion Capital of Emperor Ashoka, which is preserved in the Sarnath Museum.

On July 11, Prime Minister Narendra Modi unveiled the National Emblem cast on the roof of the new parliament building. After questioning why, the Prime Minister, head of the Executive, unveiled the National Emblem, the opposition parties said that the cast has been modified. While the government said it is an adaptation from the Sarnath Lion Capital of Ashoka, the BJP has claimed that there is no change.

Sharing two pictures of the National Emblem, Rajya Sabha member and general secretary in-charge of communications of the Congress, Jairam Ramesh said, “To completely change the character and nature of the lions on Ashoka’s pillar at Sarnath is nothing but a brazen insult to India’s National Symbol.”

In-charge of the BJP’s national information and technology department Amit Malviya said, “The National Emblem atop the new parliament building of India is an adaptation from the Sarnath Lion Capital of Ashoka, which is preserved in the Sarnath Museum. There is no change. The opposition is comparing 2D images in print to an imposing 3D structure. They have lost it.”

TMC Rajya Sabha Member Jawhar Sircar tweetd, “Insult to our national symbol, the majestic Ashokan Lions. Original is on the left, graceful, regally confident. The one on the right is Modi’s version, put above new Parliament building, snarling, unnecessarily aggressive and disproportionate. Shame! Change it immediately.”

Government sources said that the state emblem of India is an adaptation from the Sarnath Lion Capital of Ashoka which is preserved in the Sarnath Museum. “The Lion Capital has four lions mounted back-to-back on a circular abacus. The frieze of the abacus is adorned with sculptures in high relief of an elephant, a galloping horse, a bull, and a lion separated by intervening Dharma Chakras,” the sources said.

The government said that the profile of the Lion Capital has been adopted as the state emblem of India. This finds pride of place and the design is adopted for the emblem above the parliament building. “The 6.5-meter state emblem of India, weighing 16,000 kg, fully hand crafted by Indian artisans, is made of high purity bronze. There is no other similar depiction of the emblem, from the perspective of material and craftsmanship, anywhere else in India.”

Over 100 artisans from various parts of the country worked on the design, crafting and casting of the emblem for over six months to bring out the quality that could be seen in the final installation. The installation itself was a challenge as it was 32 meters above the upper ground level.

“Giving wings to the ambition of creating such an expression of the state emblem needed dedication, meticulous supervision, and skillful installation – all depicting various elements of Atmanirbhar Bharat. When it is seated at the top of the temple of our democracy – the Parliament building, it truly represents the paradigm of ‘for the people, by the people’,” sources said.