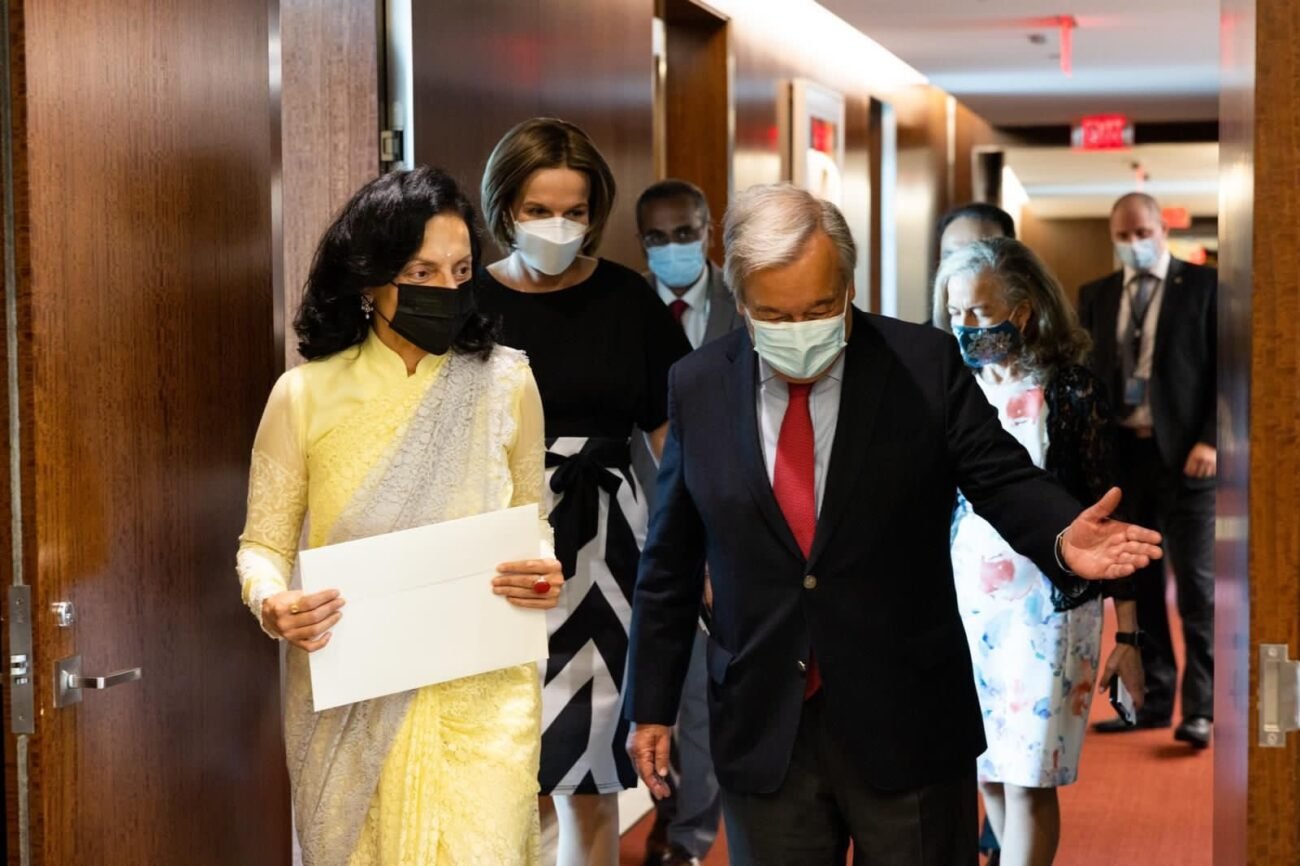 NEW YORK, NY(ANI) – India’s new permanent representative to the United Nations Ruchira Kamboj presented her credentials to UN Secretary-General Antonio Guterres and said it was a “privilege to be the first Indian woman to be given the honor”.

“Today, have presented my credentials to the Secretary General of the United Nations @antonioguterres as Permanent Representative/Ambassador to the @UN. A privilege to be the first Indian woman to be given the honor to hold this position to the girls out there, we all can make it!” She tweeted.

Kamboj is married to businessman Diwakar Kamboj and has one daughter. Her late father was an officer in the Indian Army and her mother is a writer-professor (retired) of Sanskrit from the University of Delhi. She speaks three languages: Hindi, English and French.

She was previously High Commissioner for India to South Africa and Lesotho.