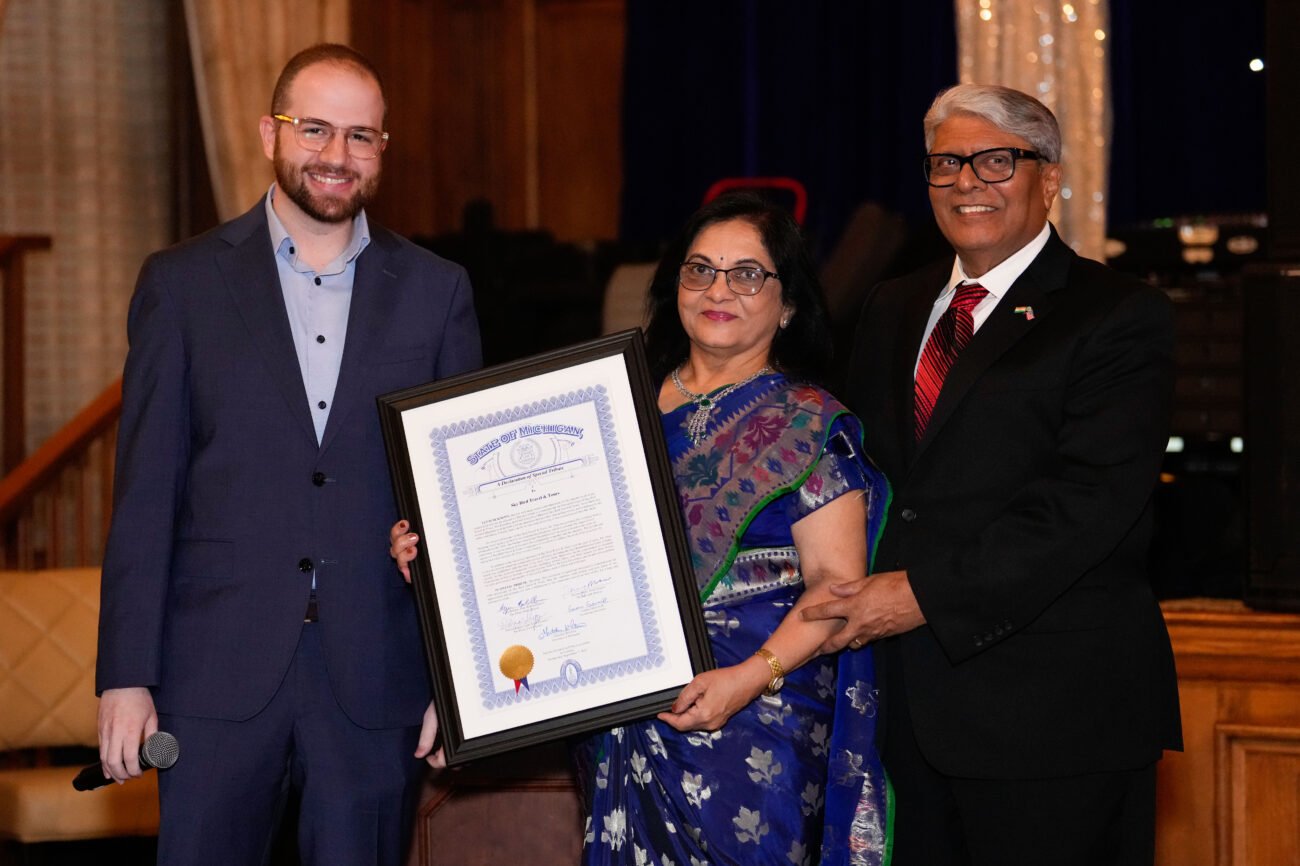 DETROIT, MI – Sky Bird Travel & Tours marked its 45th-anniversary with an event held here, in the heart of downtown,  at the Detroit Athletic Club, on May 5.

With over 60 esteemed airline representatives in attendance and Skybird’s President and CEO, Arvin Shah, and his wife, Jaya Shah, mingling, the gala had a distinct note of celebration.

The evening began with the emcee delighting the audience with several lighthearted jokes and 1976 nostalgia, the year Sky Bird Travel was established. Several guest speakers also related their positive interactions with Shah and his agency over the years.

Michigan State Senator Jeremy Moss awarded the Shahs with a ‘A Declaration of Special Tribute’ from the State of Michigan. Moss also introduced a video tribute to Sky Bird from Lieutenant-Governor Garland Gilchrist.

Shah received a standing ovation from the audience and in his speech spoke of the trials and toils of building the business ground up. He singled out Sky Bird COO Raj Patel, CFO John Burbidge and his family for their support.