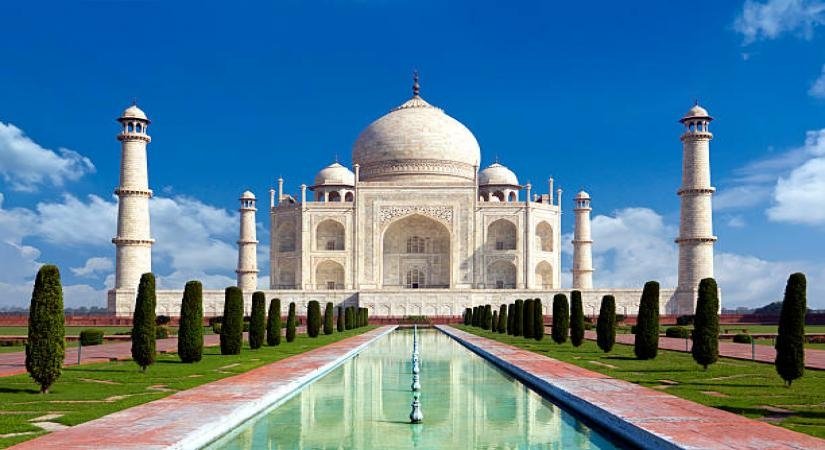 AGRA, (IANS) – It is not the first time that the 17th century monument of love, the Taj Mahal has been caught in the communal crossfire that shows no signs of early abatement.

The current phase was triggered by the visit, a fortnight ago, by a Hindu seer who was prevented from entering the world heritage monument, ostensibly due to the religious symbols he was carrying. This provoked a backlash from the local Hindutva outfits to raise war cries.

Ever since historian P.N. Oak in his controversial book ‘Taj Mahal, the True Story’, essayed to establish that the Taj was indeed a Hindu temple built by Rajput kings, there have been periodic demands to allow research and extensive investigations to explore the truth in various claims.

“Till about three decades, the Taj Mahal was considered a secular monument, but then some minority groups claimed it was their property. Later, a planned process of communalization of the monument began, with increasing presence of the Muslims,” a local historian recalled.

After events in 1992 and later, the Hindutva groups retaliated by offering ‘pujas’ and performing ‘aarti’, of the imaginary Shiva temple, from outside the monument.

Tourism bodies in Agra have been consistently expressing concern over the continuing tug of war between the Hindutva and Muslim groups over conducting ‘puja-aarti’ and offering ‘namaz’ inside the Taj Mahal premises. The length of the ceremonial ‘chadar’ offered during the annual Shah Jahan Ur’s, has also continued to lengthen each year from a few meters to over a thousand meters.

The fear of communal flare up could impact tourism, industry leaders fear. Sometimes, it is ‘namaz’, other times it is ‘puja’ and ‘aarti’ with sprinkling of Ganga Jal by a variety of outfits from Bajrang DaL to Shiv Sena and so on. Now a legal suit in the Lucknow bench of the high court, demanding the opening of the 20 odd, sealed chambers, has opened Pandora’s box.

The Archaeological Survey of India sealed the chambers and blocked the staircases leading to pathways in the basements, more than three decades ago. While officials claim periodic repairs and maintenance work are undertaken in the basement, conservationists fear that the underground chambers may not have been opened for a significantly long time to avoid brewing controversies relating to its original ownership.

Local historians are more concerned with the safety of the monument which attracts millions of tourists round the year. “If the sealed chambers are opened for public view, it would be possible to undertake conservational work, if required, as there were unconfirmed reports of minor cracks and termite colonies in some parts of the foundation. We need to be assured that all is well with the foundation which could be affected by the toxic and polluted water of the river Yamuna,” said a conservationist.