HomeIndiaTN: ‘Idli Patti’ Elated as She is Gifted a Home 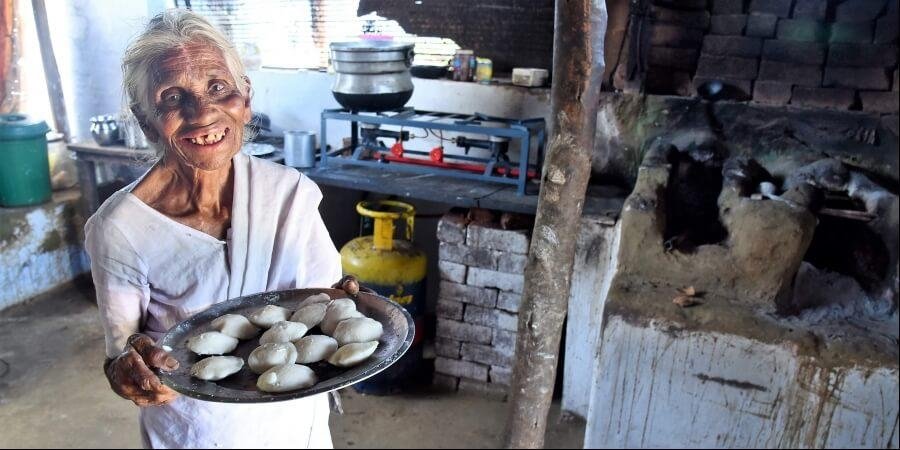 CHENNAI, (IANS) -Eighty-five-year-old K. Kamalthal of Coimbatore is a sensation on internet, thanks to the Rs. one idli she serves people and is fondly called ‘Idli Patti’ or ‘Idli Grandmother’. No wonder, chairman of Mahindra Group, Anand Mahindra found it fit to donate a new home to her.

Mahindra group handed over a 300 square feet house with a single bath attached bedroom, a living room, and a dining hall in the outskirts of Coimbatore on Mother’s Day to the octogenarian.

Kamalthal said: “I am really touched by the act by Anand Mahindra Sir. Earlier also, he had provided me with a gas stove and a grinder when he got to know my story of cooking using firewood. I will now serve idlis from the new home from the Tamil month of Vaikasia.”

Idli Patti was selling idlis at 25 paise per piece when she started it and hiked it by 50 paise to sell it at Re 1 per piece.

Kamalthal said: “I will not hike the price of idli henceforth and till my last breath I will sell them at Rs 1 per piece from the new home. I think I can sell idlis for the next ten years from the comfort of a good home.”

Anand Mahindra in a tweet said: “Immense gratitude to our team for completing the construction of the house in time to gift Idli Amma on #MothersDay. She is the embodiment of a mother’s virtues: nurturing, caring & selfless. A privilege to be able to support her &her work.”

The Mahindra group had promised to build a home for her when the story of her selling idlis at Rs 1 even during the Covid -19 crisis was reported and bought 1.75 cents of land at Vadivelampalayam in April 2021 and commenced construction in February 2022. The company had registered the land in Kamalthal’s name.